Just a few photos from our annual trip to Provincetown. 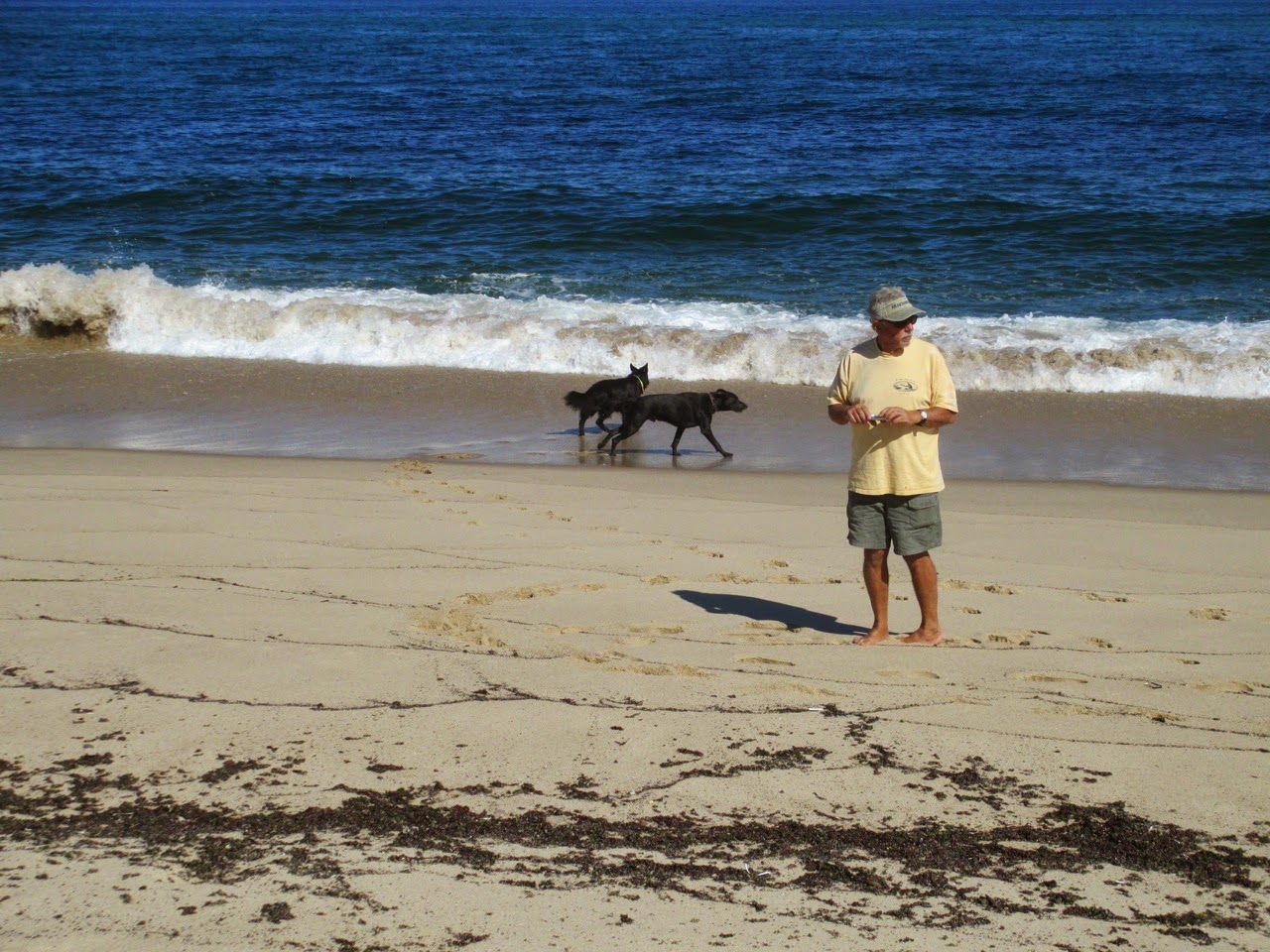 As much as we are in awe with the natural beauty all around this country and places we've been in Europe, we never tire of the scenery we have here in New England at the Province Lands National Seashore. The sky and sand and sea and marshes are spectacular.

The weather was very cool for this time of year so the crowds were much smaller than usual. 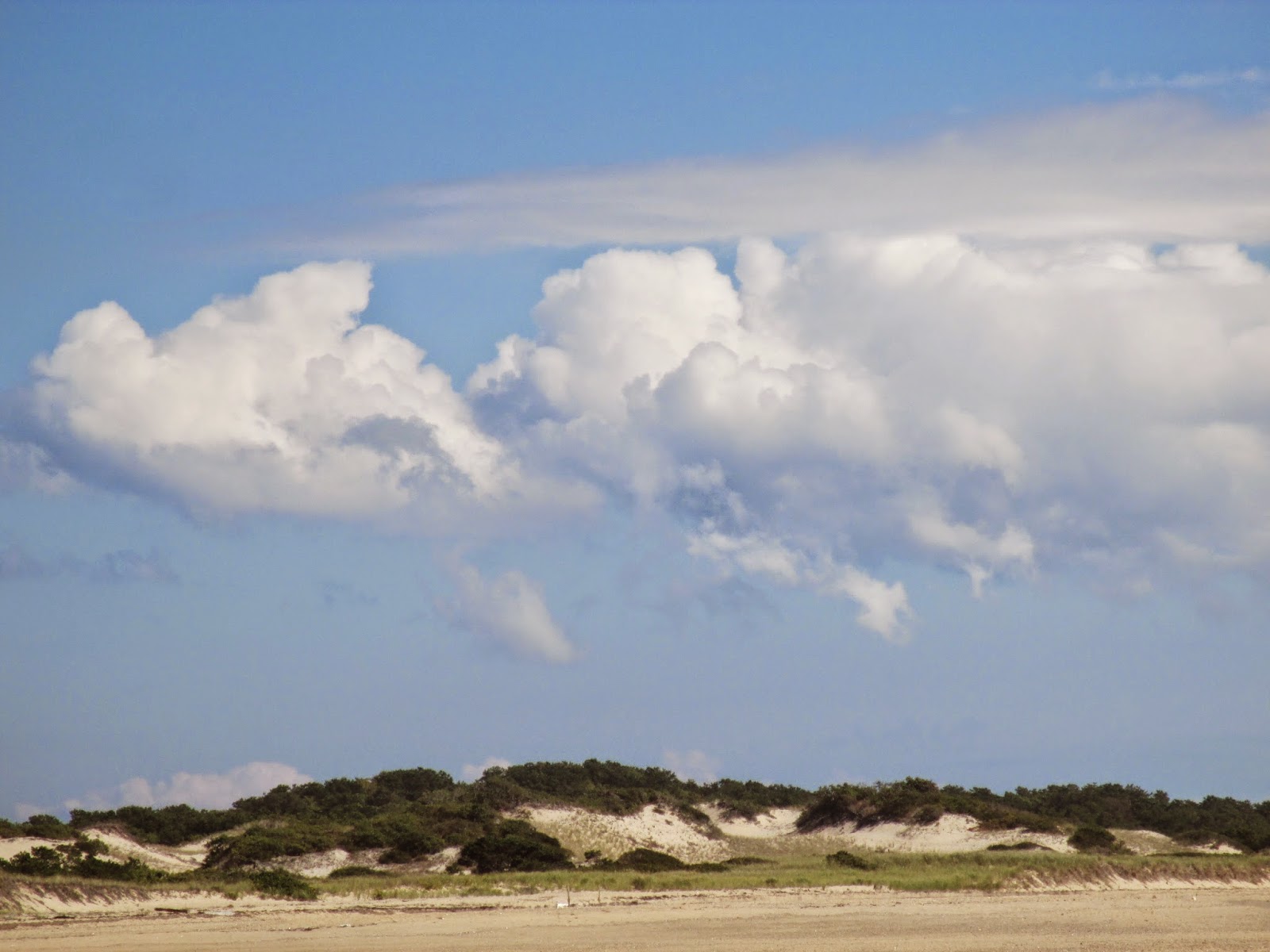 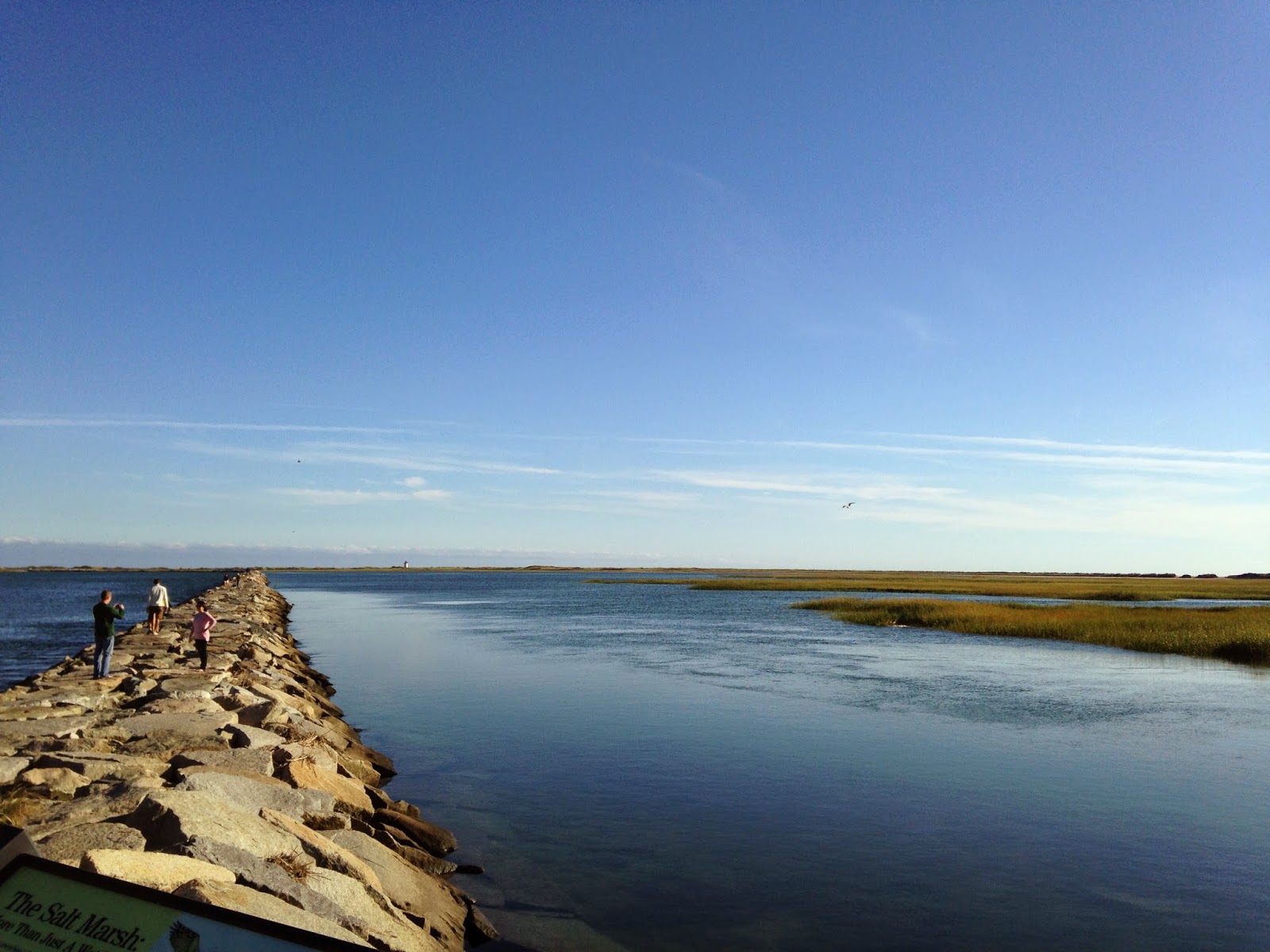 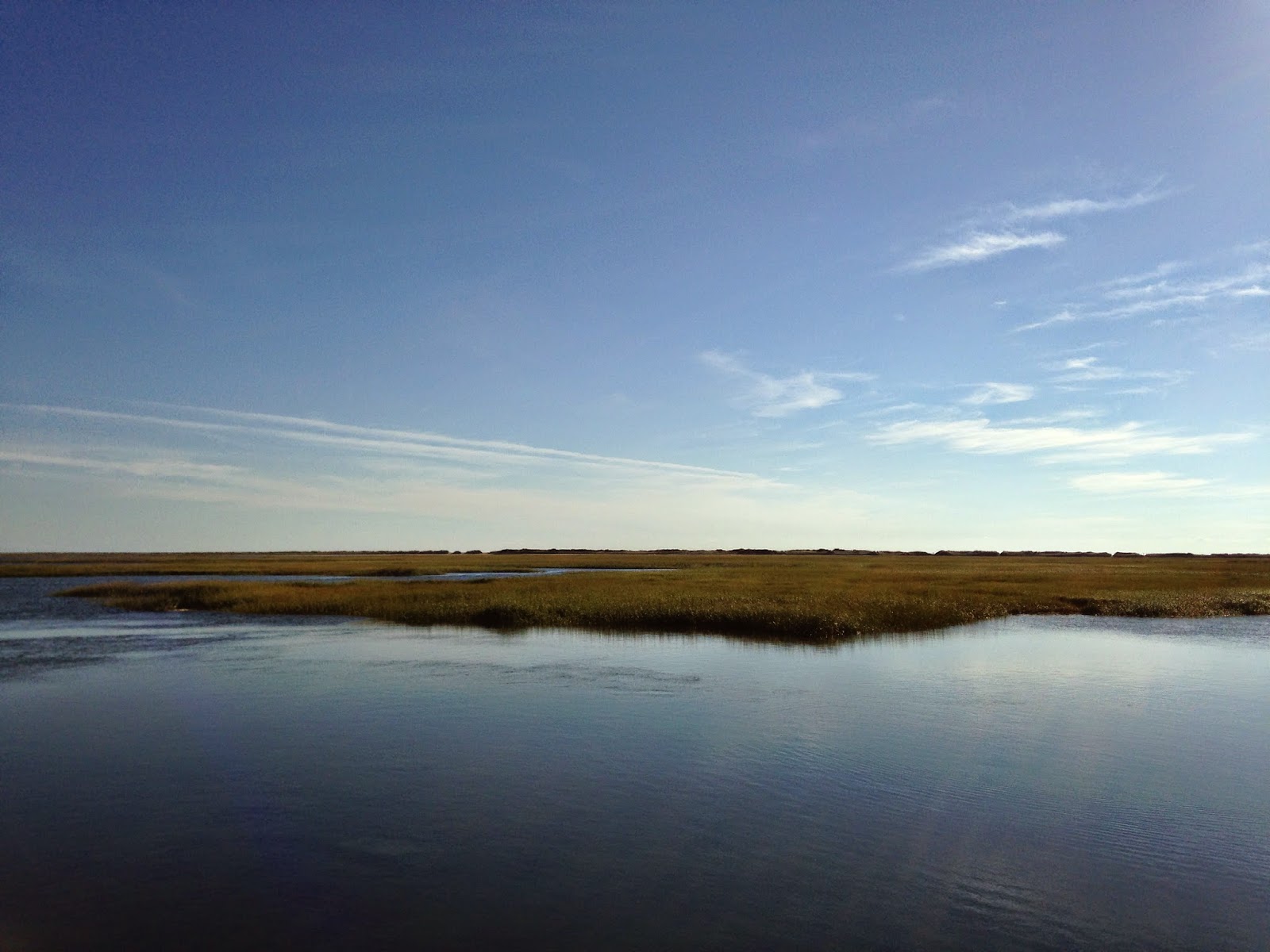 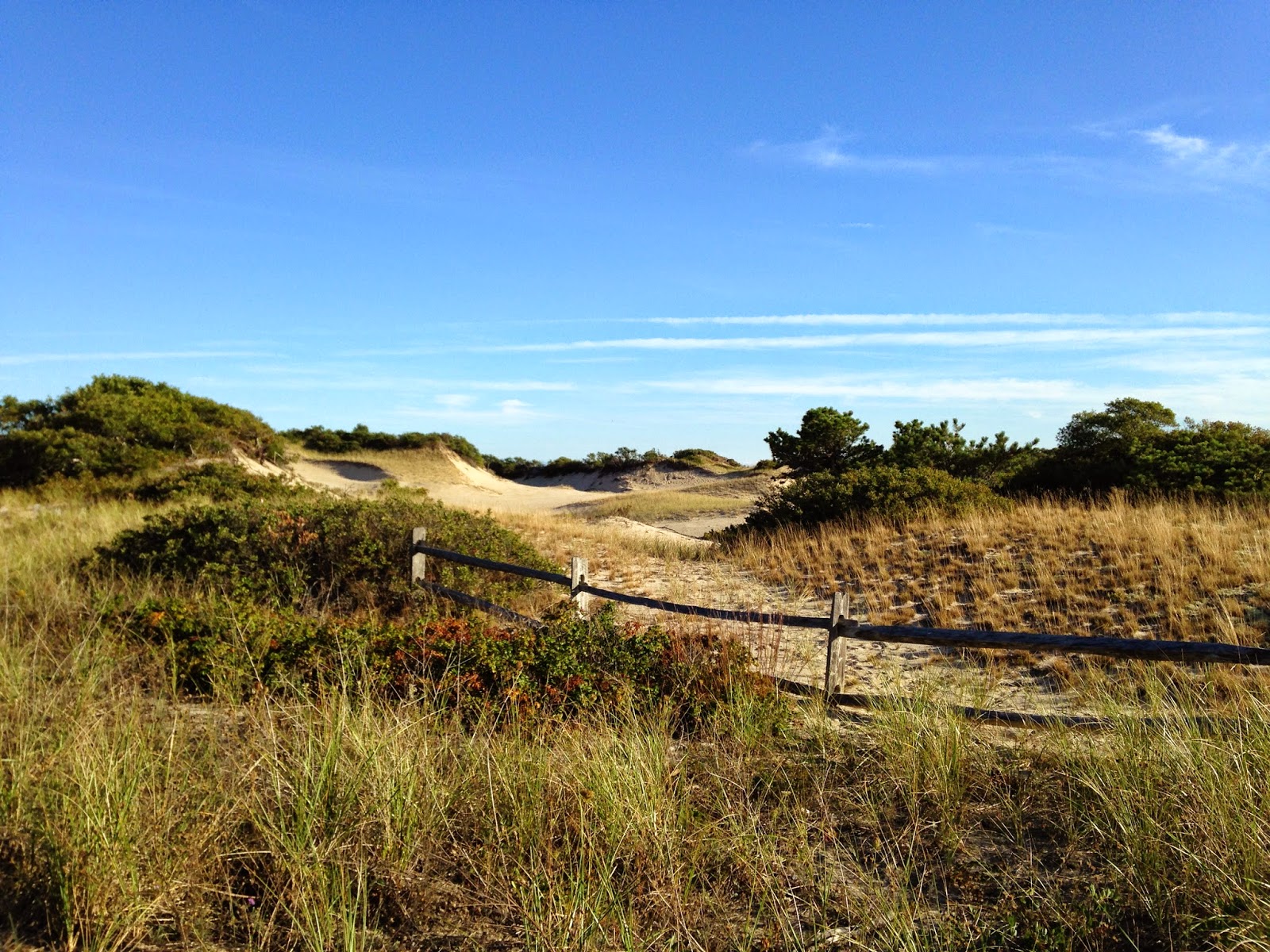 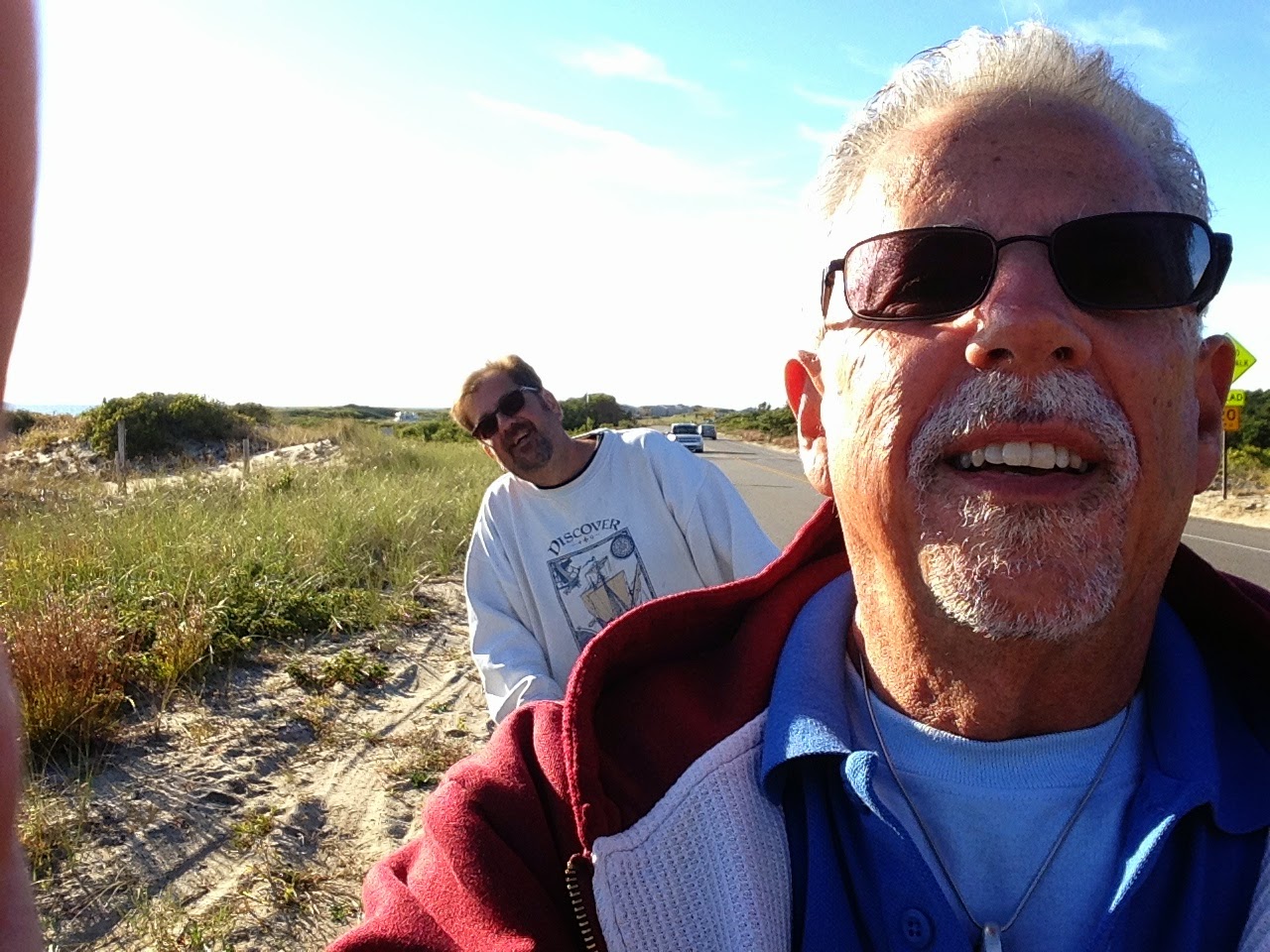 We always meet great people at the campground. Some have become once-a-year friends including Linda and Sherri who arrive at camp before we do and leave a week before we do. They always have flowers in their trailer and each year they give us the flowers when they leave. It's become a very sweet tradition, don't you think? 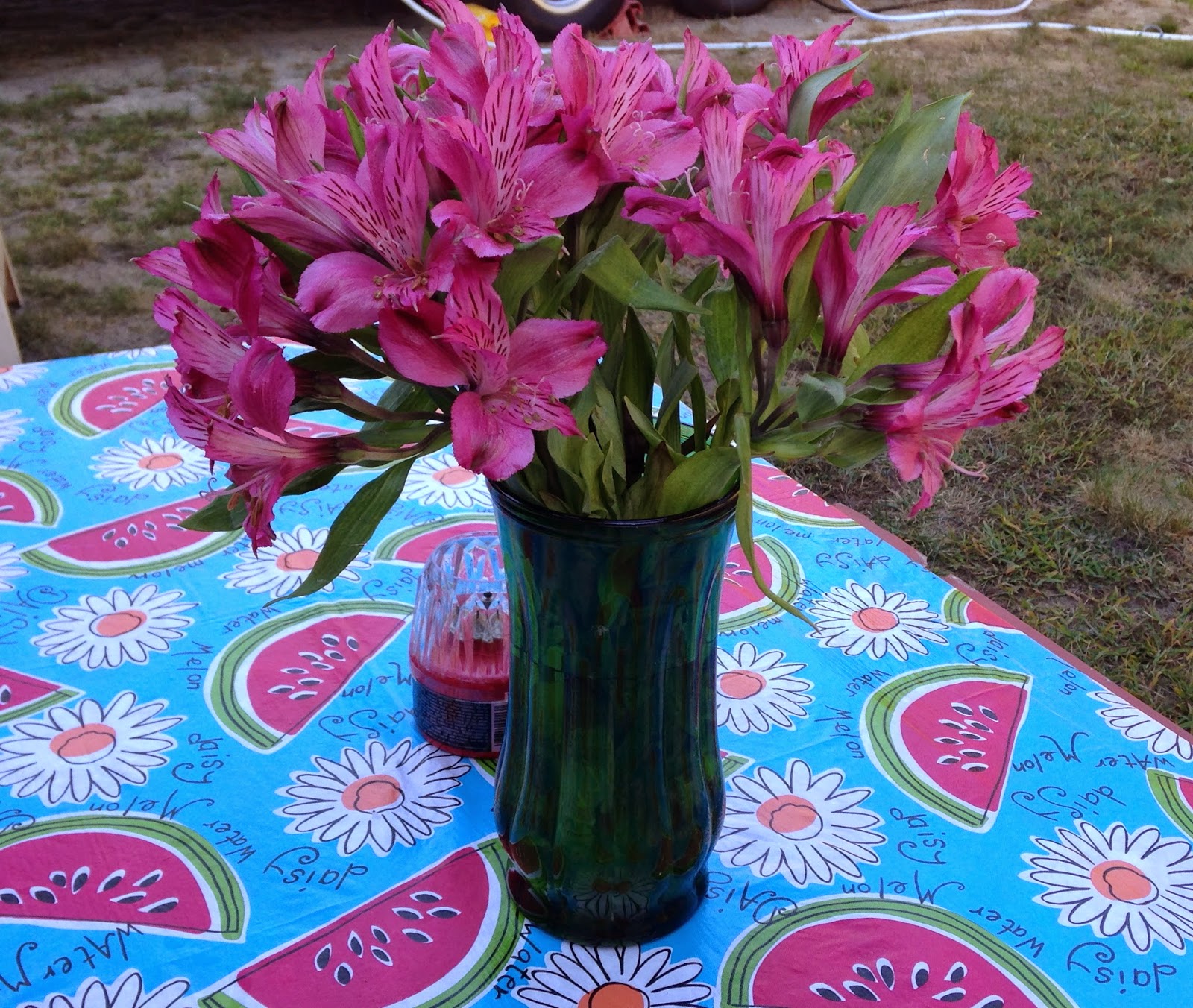 We also met some new people this year - Frank and Elsie - both retired Army nurses who now live in Florida. They have a yellow lab who Benni really got along well with.

They've lived all over the country and in in many foreign countries as well. I would not peg them as ultra conservative or anti-gay; in fact they seemed very liberal and gay friendly, but, surprisingly  had no knowledge of the significance of the rainbow flag. We explained. 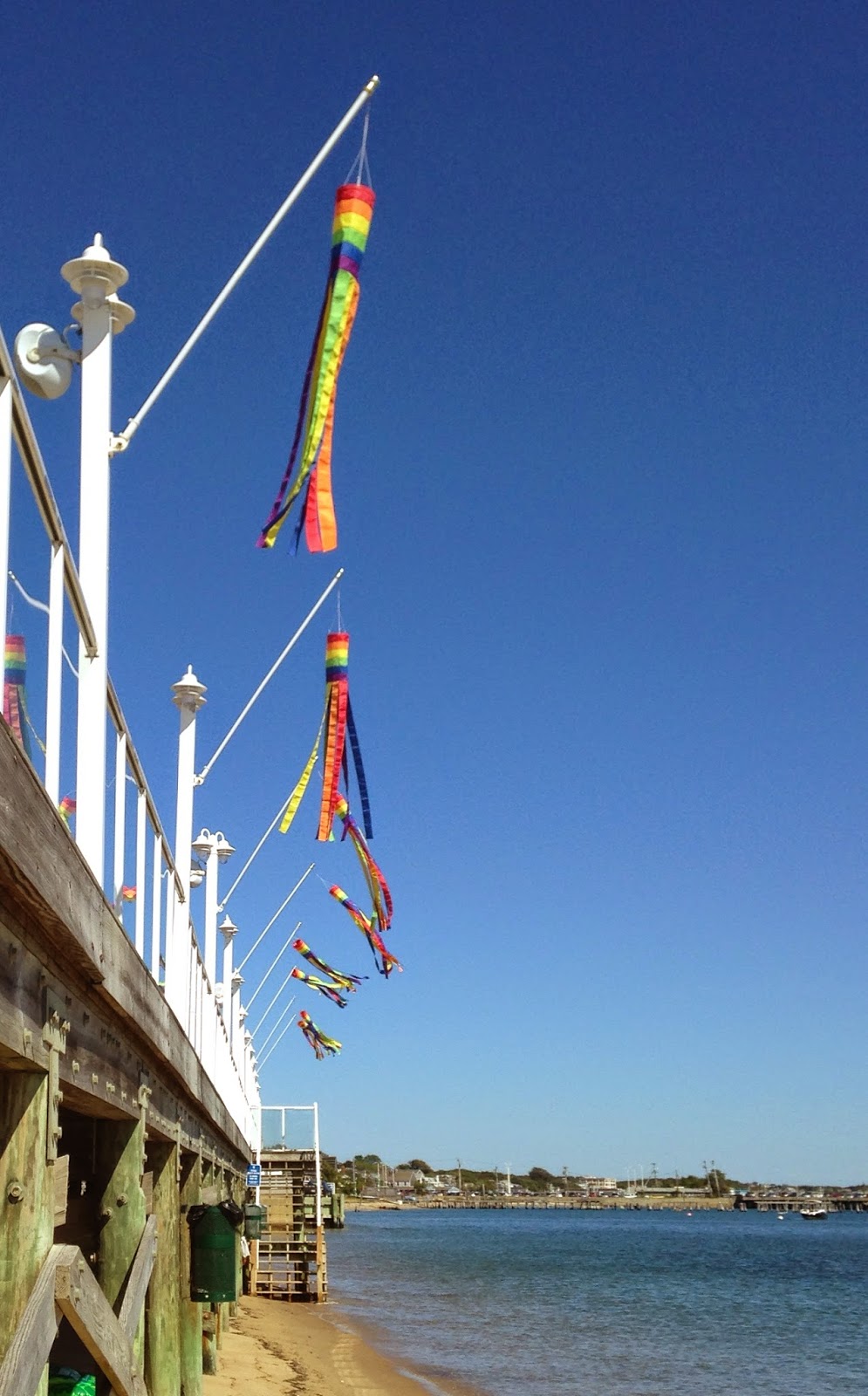 This year, our friend Dottie and her dog (our dog Benni's best friend) joined us for a few days. 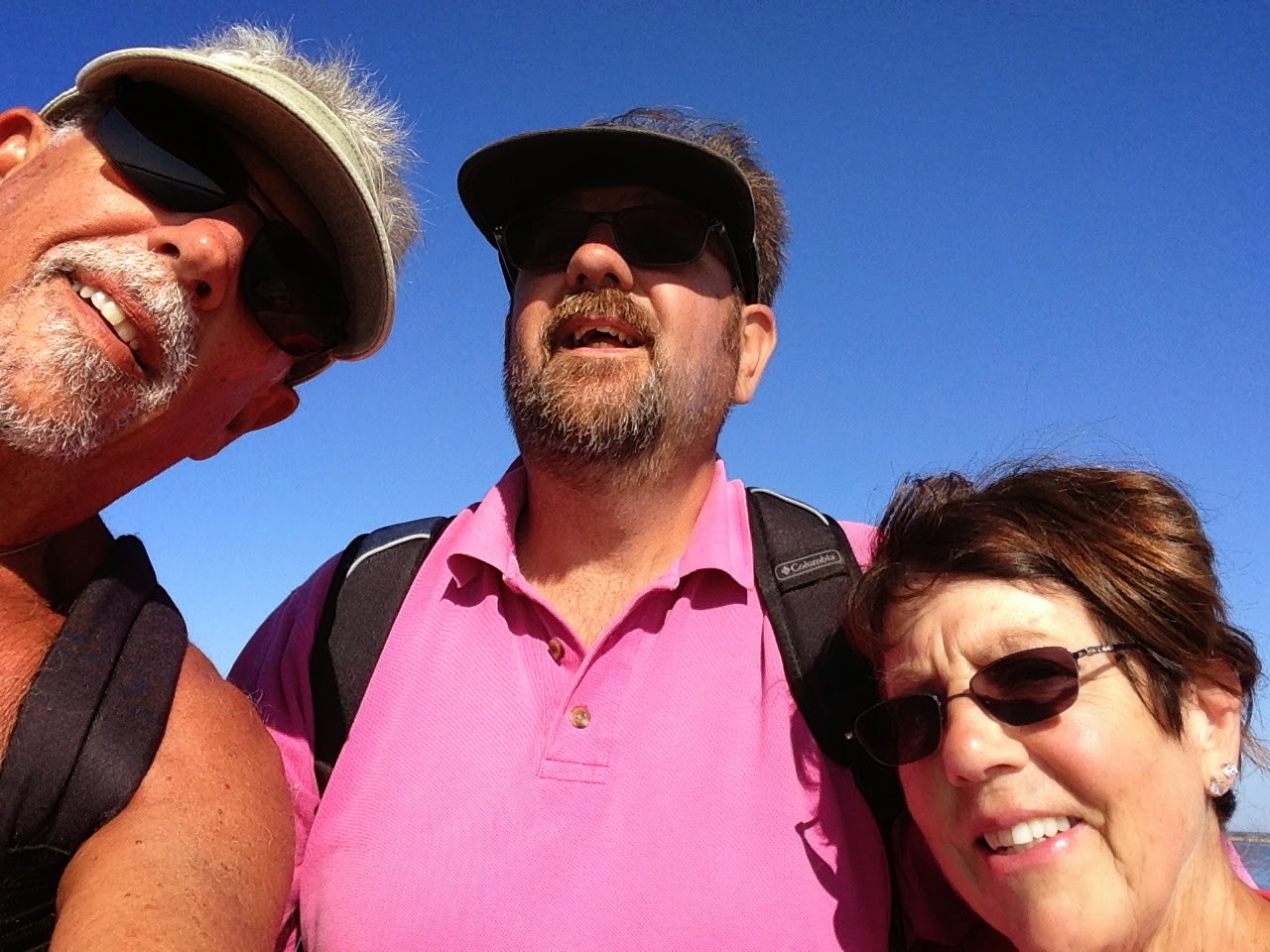 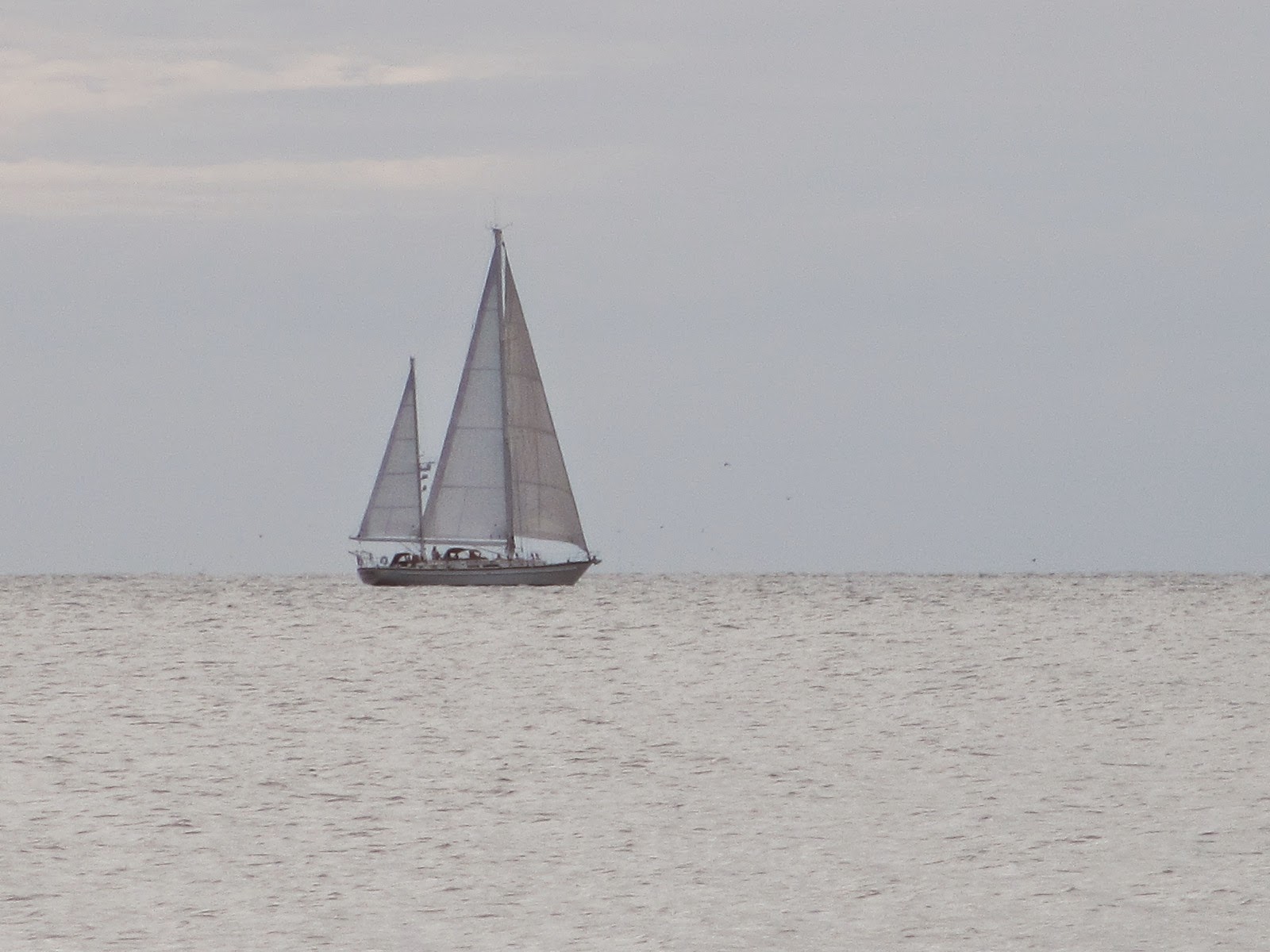 The Hindu was finally back in Ptown after a long absence but minus Captain Kevin Foley whose many stories were always the most entertaining part of the sailing experience. 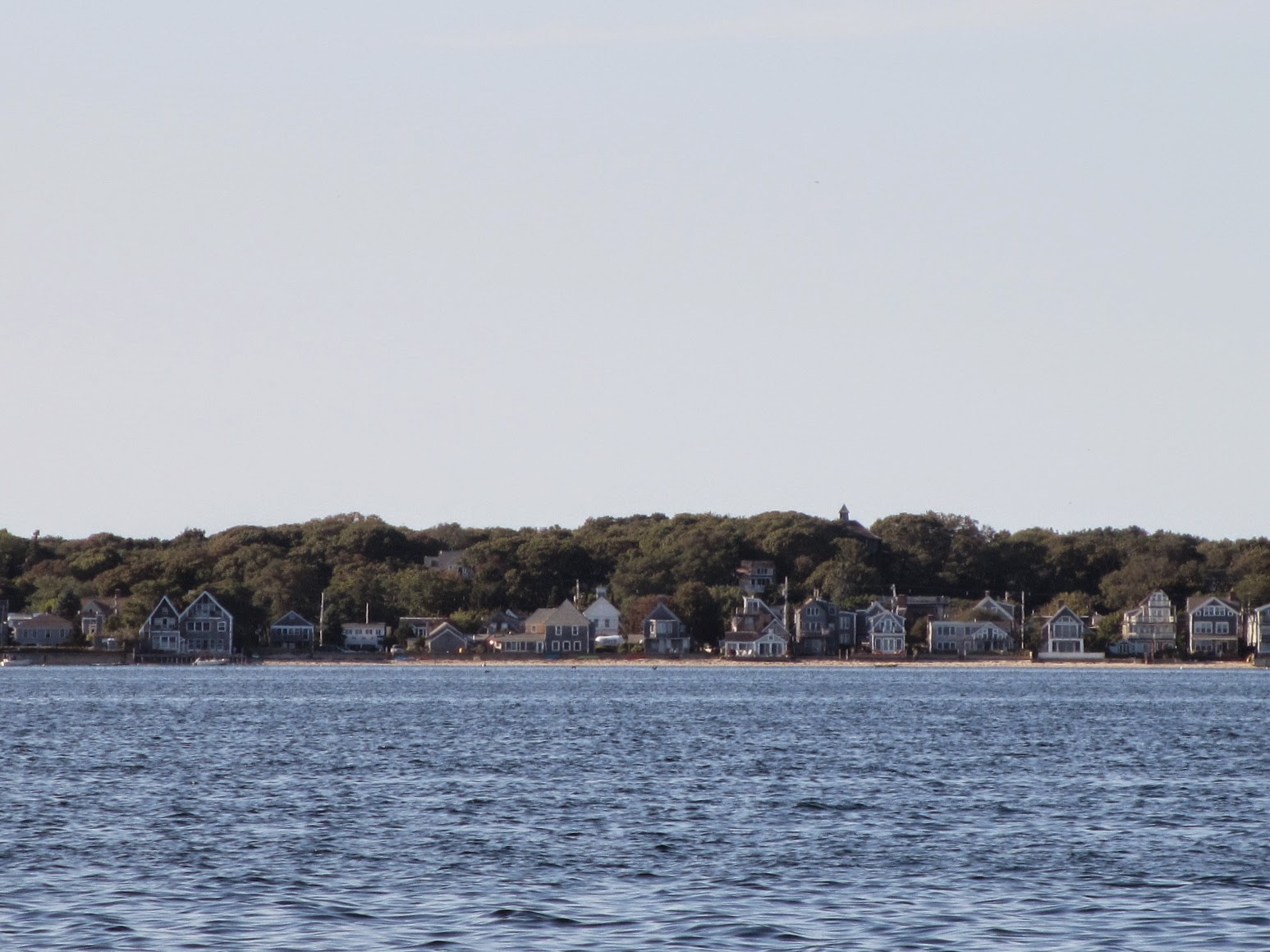 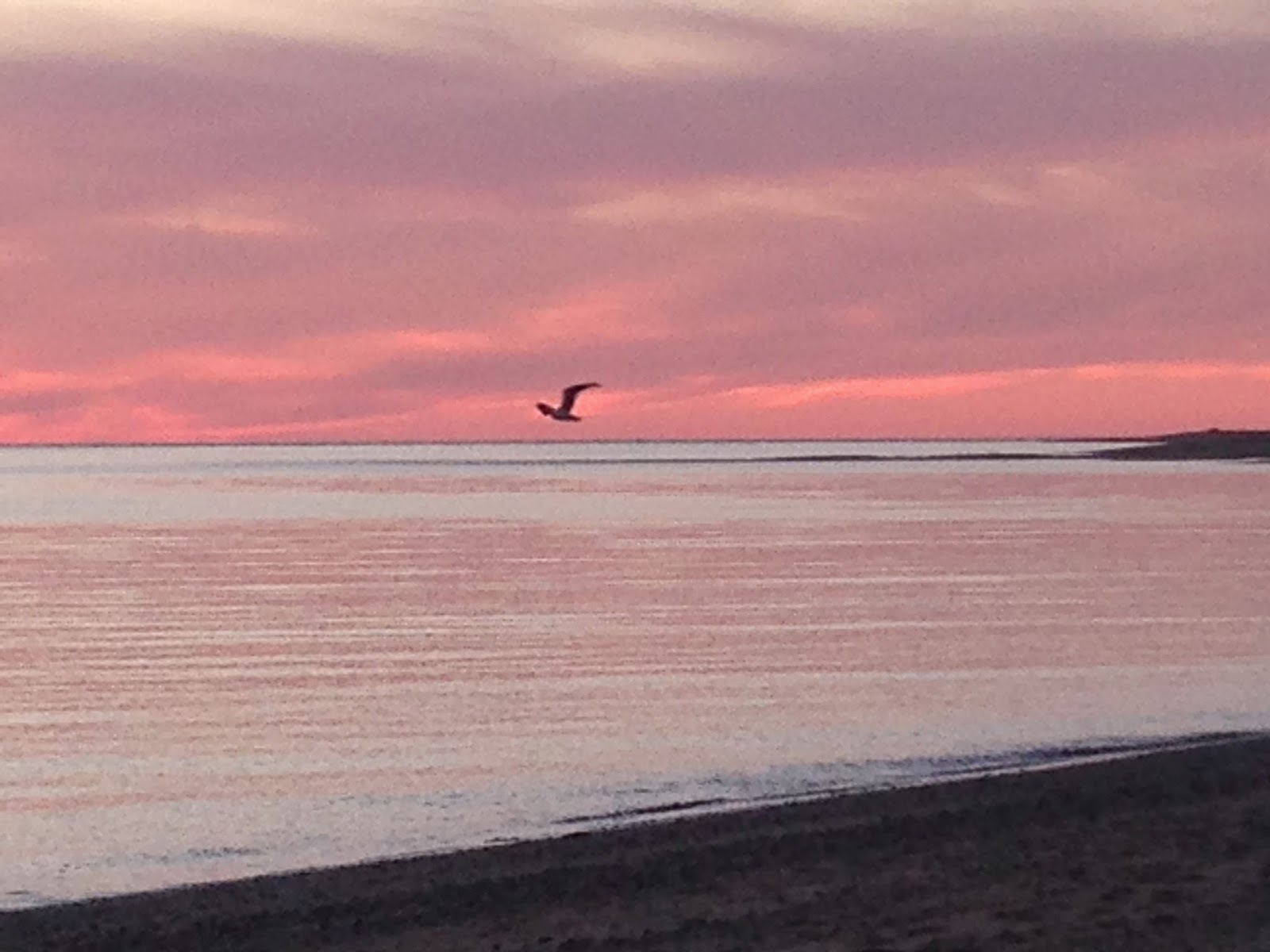 Funny, I have not included any photos of the town of Provincetown. Not much has changed there except for more refurbishments, fresh paint, manicured gardens, and upscale shopping. I've lamented the gentrification or should I say "snobification" of Ptown before, but this year it seems to be way over the top.

And the privileged are flaunting it with a air of normalcy that betrays their ignorance of how most of us live. And what is sad, is that there are so many people who would consider Leon and I privileged. I guess in many respects we are.

Still, in Ptown ordinary folks like us are being excluded from most venues (guest houses, hotels, nightclubs, restaurants, retail stores, by virtue of our limited finances.

Ptown used to have something for everyone - restaurants, t-shirts, bars, shows - but now conspicuous wealth and in-your-face greed seem to be the norm.  Like the airlines, Ptown businesses and the town government are charging more for every little thing - pet charges, parking, food, ice cream, cocktails, etc. The Car Club had extravagant charges to advertise and rent space for their annual car show, and like many people and events, may not return next year.

We were able to find a few earlybird specials which, because meeting friends required us to eat out a few times, were very reasonable.

A grocery store roasted chicken provided us both dinner and lunch the following day for $9 ($4 more than the grocery store back home, however).

We did take in one show, Miss Richfield, a silly drag comedian, which was OK. I had a cocktail and Leon had a diet Coke at the show and we were blown away when the waiter announced it would be $17 when he delivered our drinks.

And we got gelato "buy-one-get-one free" on the closing day of the the gelato store.

Otherwise we mostly went to the beach, hiked out the breakwater and ate and had beer or cocktails at the campground.

(A word about our drinking habits: I transported a six-pack plus two bottles of beer in the camper when we left home and we returned two weeks later with two bottles; Leon went through a half bottle of gin in two weeks and we probably drank a few glasses of wine each. We were total lushes while on vacation!) 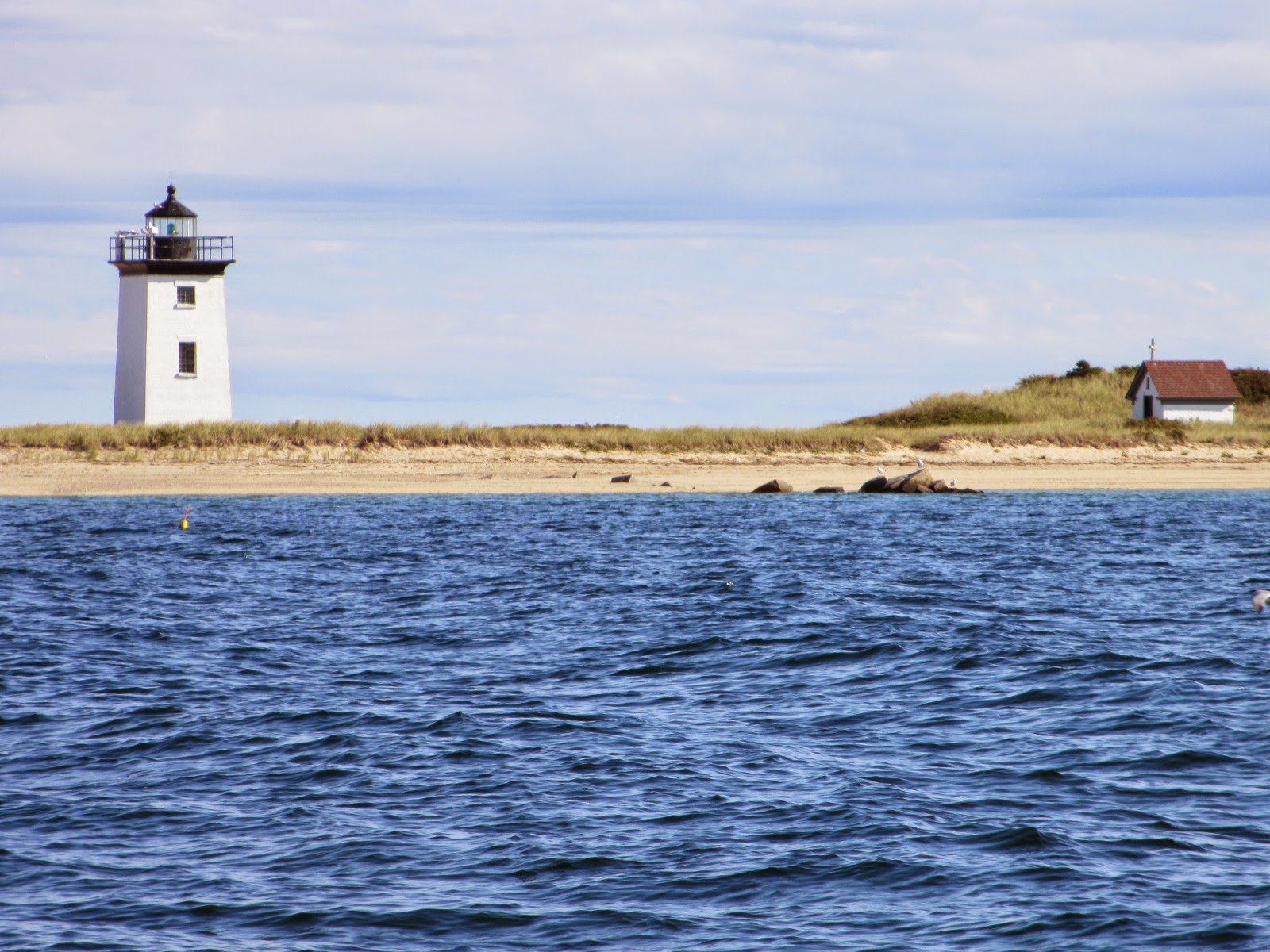 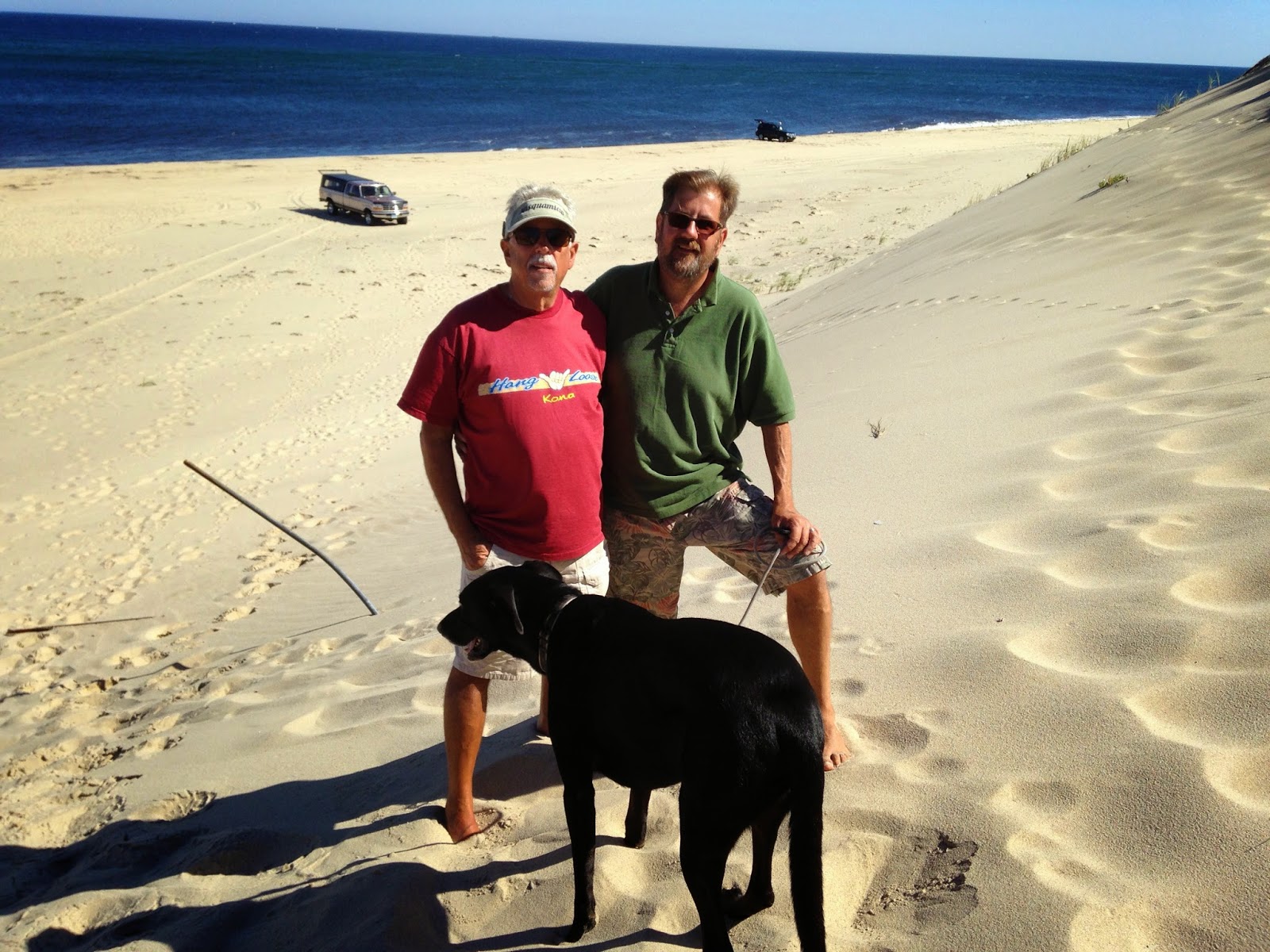 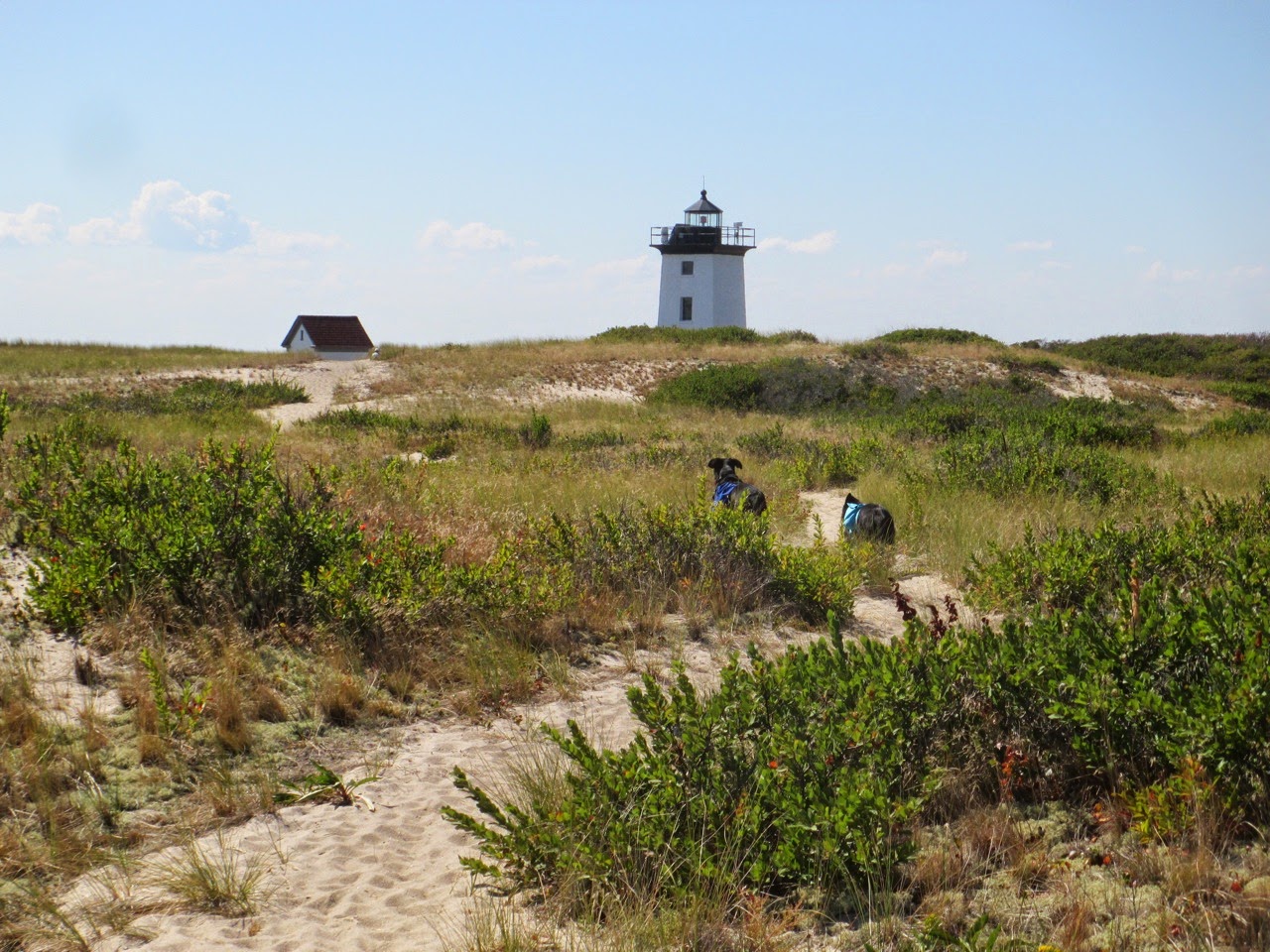 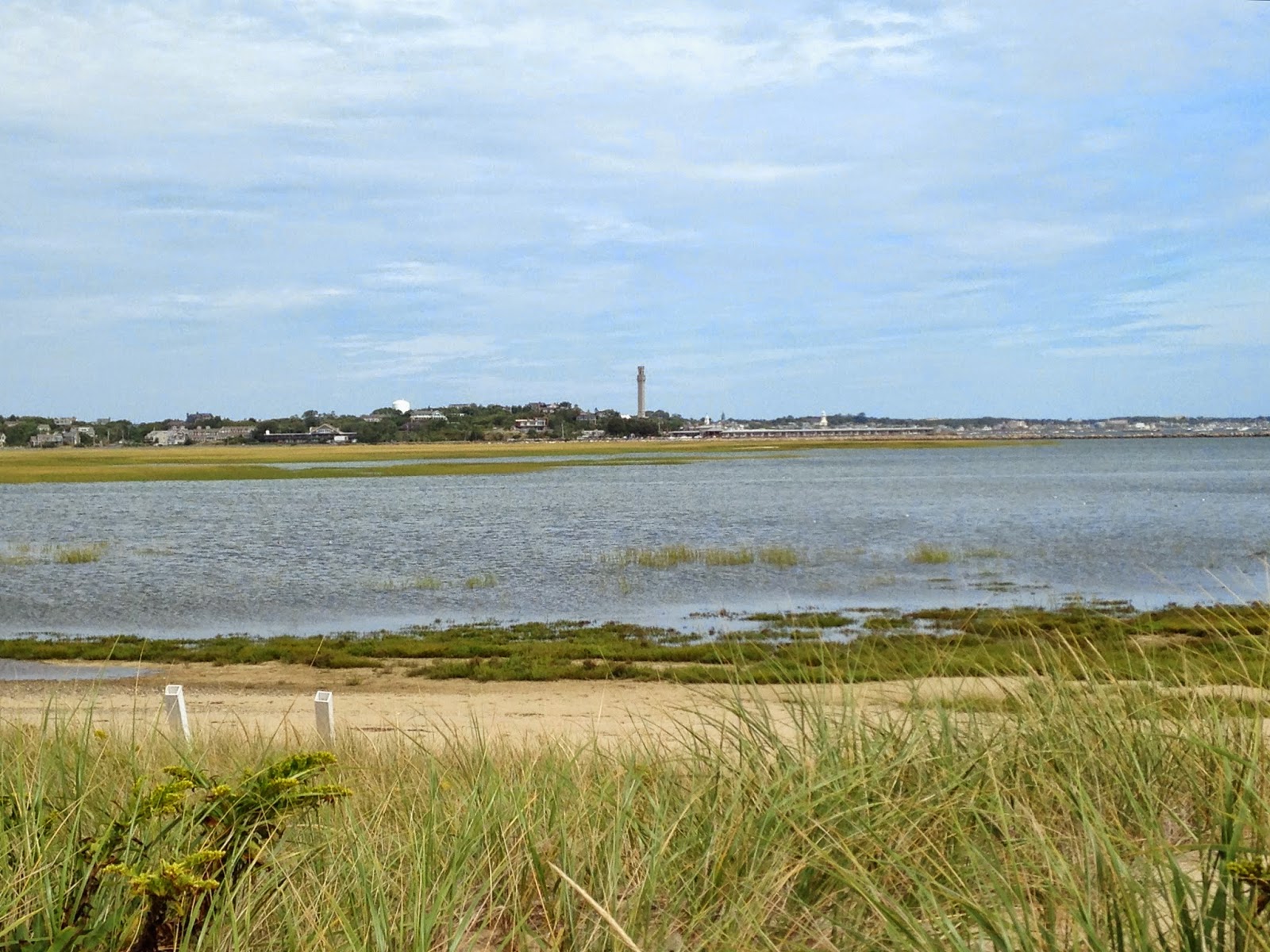 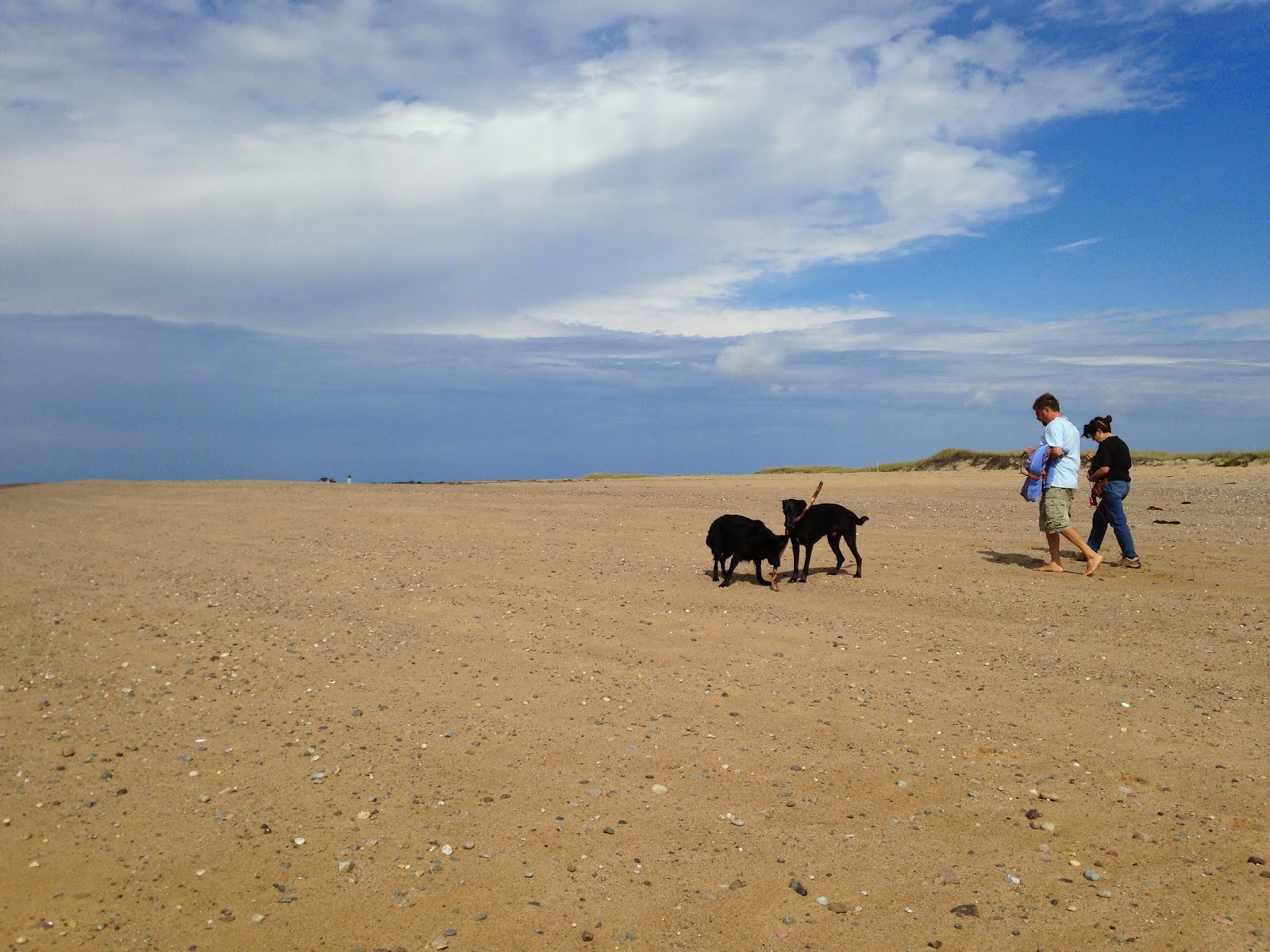