I absolutely LOVE this song. I have Italian ancestry but I think I have a Brazilian soul. Laura Pausini is nice but Gilberto Gil has such a sensual, sexy, enticing voice, he gets right into my romantic groove. I'm including the lyrics and translation as I am studying Italian....The video also has the Portuguese lyrics which have beautiful sound.
Give it a minute to load...it takes some patience.... 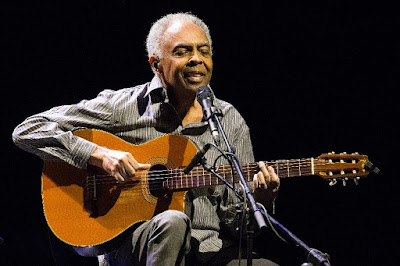 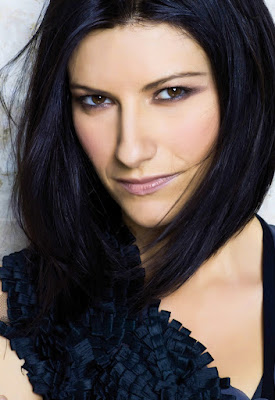 Like in a movie with scenes already seen
Come in un film dalle scene già viste
That goes away, oh no
Che se ne va, oh no

Will end
Finirà
And you can't
E non si può

Give Us Our Daily Bread

One thing about not being able to sleep past 2 AM is that I get to make dough.

Rather than lay in bed and contemplate the ceiling or try to rub my sore back (Am I too old to be shoveling snow?) I finally got up, got dressed and went to my office - the kitchen.

One not so good thing about not having a "recipe" is that when something comes out exceptionally well, you have no way of replicating it exactly. 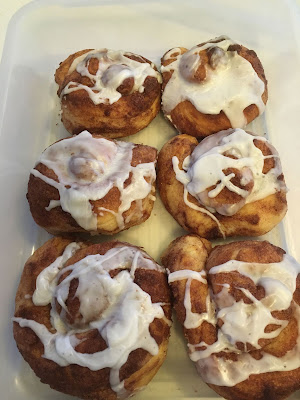 My cinnamon rolls this morning were quite exceptional. I think I used a teaspoon of yeast in 1/2 cup water and 1/3 cup sugar; let that set for a few minutes, added a teaspoon of salt and a cup of gently warmed milk (2%) a half stick to 2/3 stick of butter, softened and enough flour (?) to make a soft dough. Beat it up, kneaded it gently and let it rise for an hour.

Then I formed the rolls by making a "rope" about 6-8 inches long, dipped each in melted butter and dredged them in cinnamon sugar, formed a spiral and placed them on a baking sheet and into a 375 degree oven for 20+ minutes.

After they cooled just a bit I frosted them with a thick confectioner sugar/water/orange extract mix.

Then it was on to the bread. Actually I started the bread dough while the cinnamon rolls were rising.

I will say I am getting better every time I make bread. This morning I used 3 1/2 large coffee mugs of water, 2 teaspoons of yeast, a little sugar, salt and I mixed in a cup of whole wheat pastry flour with the King Arthur all purpose.

Those bread snobs who weigh everything: the water, the yeast, the flour. And they calculate the percentages of water to flour to yeast and salt. I have a kitchen scale but I think I would break it if I weighed my ingredients. 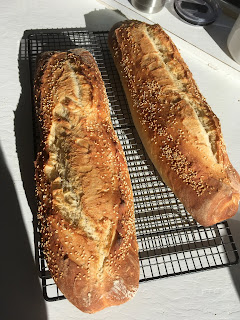 I think they take turns making bread for the entire neighborhood in one huge wood-fired oven that is prepared ahead and heated to probably over 900 degrees. It holds maybe 30 or more loaves of bread.

I don't have a wood-fired oven, but I heat mine to 475 degrees and place a large roasting pan with about 1/2 inch of water on the bottom of the oven and allow that to heat to steam point.

I brush my loaves with water and sprinkle on sesame seeds (cuz I like the flavor they impart) before taking them to the oven. The bread is done in 20 to 25 minutes.

Exceptional! If I do say so. 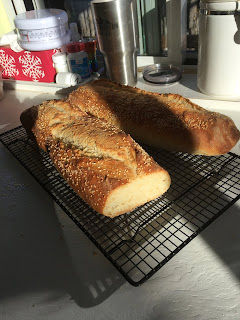 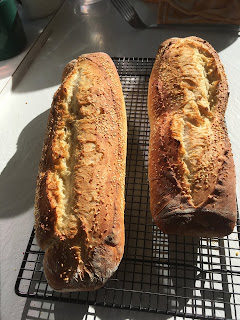 Yesterday's Snow Will Be Tomorrow's Mud

How many times have I mentioned that one reason we moved to New Mexico was to get away from the snow in New England. Yesterday it found us.

We got hammered in our little village,but of course there was no snow at all in most of Albuquerque and friends in Santa Fe said they only had about an inch, most of which was gone by noon.

Our share was 6 to 8 inches and will be around for a while.

Then will come the MUD. I don't mind hiking with the dog in snow, but MUD here is another thing altogether. It's more like concrete, or should I say, more in keeping with the locale, adobe.

Another day for that, but for now we're enjoying the white stuff. 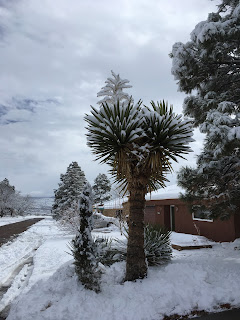 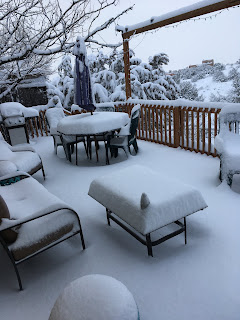 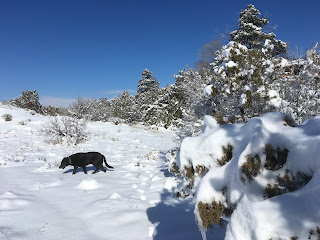 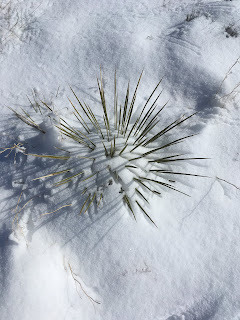 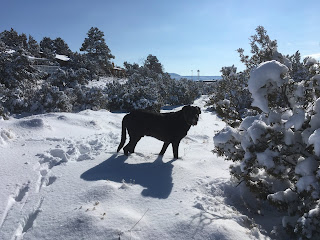 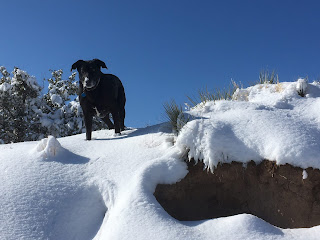 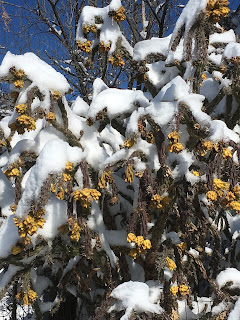 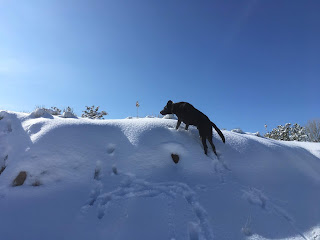 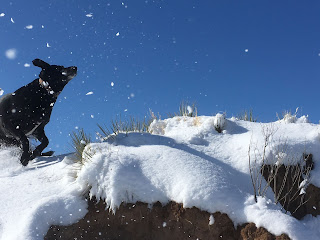