This keeps happening in Republican controlled State Legislatures. They will try anything to turn back LGBT equality and LGBT rights. Now Mississippi!

Yes, I'm also on an "expose North Carolina bigotry" binge. I could be telling you about the wind storms in New Mexico or the Sunday brunch at San Marcos Cafe. Or about the Community Garden in Cochiti Lake or about Leon's job at the Mini-Mart.

But NO, I'm really pissed at the NC legislature and governor. They are backwards thinking bigots in the guise of "Protector of Women in Bathrooms"

A Sign I Can Imagine Being Posted In Pro-LGBT North Carolina Businesses: "We Do Not Serve Bigots Based On Deeply Held Religious Beliefs and You Can't use Our Rest Rooms Either"

From the Huffington Post: A transgender man in Georgia summed up his thoughts on North Carolina’s controversial House Bill 2, the Public Facilities Privacy & Security Act, which blocks cities from allowing trans people to use public restrooms that correspond with their gender identity.


James Parker Sheffield, 36, sent a clear and direct message to North Carolina Gov. Pat McCrory with a snapshot and a simply-worded tweet on March 23. 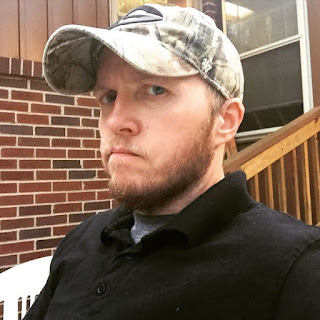 @PatMcCroryNC It's now the law for me to share a restroom with your wife. #HB2 #trans #NorthCarolina #shameonNC pic.twitter.com/4b4OdmfmeN
— James P Sheffield (@JayShef) March 24, 2016

From the editorial board of the New York Times:

"By promoting the ludicrous idea that transgender women are inherently dangerous, the law endangers citizens who are already disproportionately vulnerable to violence and stigmatization. Transgender men go largely unmentioned in bathroom bill debates, but that could change. James Parker Sheffield, a transgender man with a beard, exposed the foolishness of the law in a tweet to the governor. “It’s now the law for me to share a restroom with your wife,” he wrote, attaching a photo of himself. North Carolina could face serious economic repercussions from the law. It can expect a backlash from leading employers, a potential cut in federal education funding and lawsuits challenging the constitutionality of the law."

North Carolina's Anti-Gay Tourism Commercial from Funny Or Die
Posted by Frank at 9:25 AM 1 comment:

Holy Bullies and Headless Monsters: Two things the lgbt community MUST do after North Carolina

Holy Bullies and Headless Monsters: Two things the lgbt community MUST do after North Carolina
Posted by Frank at 10:14 PM No comments:

The backwards North Carolina legislature passed a bill that would ban and/or nullify any local city ordinance protecting lesbian, gay, bisexual or transgender persons from discrimination.

North Carolina - SHAME!  We thought you were a little more enlightened. 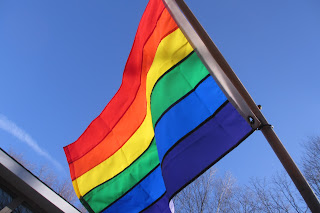