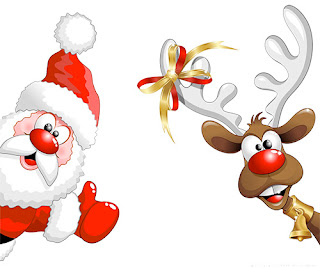 I just want pose a few questions that have been puzzling me about the Night Before Christmas.

1. What exactly is a "sugar plum" and where can I get some? 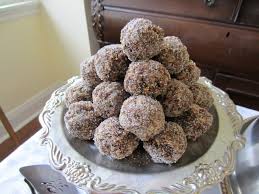 2. Does anyone still wear kerchiefs? and aren't handkerchiefs un sanitary?

4. Does anyone besides a window installer, house builder or window washer even know what a "sash" is? It sounds like a flowing scarf that some flamboyant queen might wear.

5. Does new-fallen snow have breasts?

6. This is a major question: Why would Saint Nick have a miniature sleigh and eight tiny reindeer? And doesn't Rudolph make nine?

7. Why is the "little old driver" also "chubby and plump"?

8. How many toys could fit in the miniature sleigh which was "full of toys and St. Nicholas too"?

9. What exactly made St. Nicholas laugh? And was the bowl full of jelly or Jell-o?

10. Not a question, but in any case,
Merry Christmas!

And speaking of dangerous windmills: 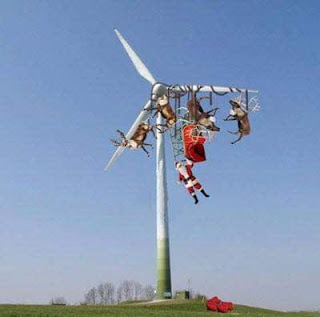 My Hubby Has A Cool Job

How many people see LongHorn Sheep at the office?

This herd of sheep was passing through Kasha Katuwe-Tent Rocks National Monument in New Mexico this afternoon. It was the first time hubby has seen this spectacle since joining the ranger staff almost four years ago. 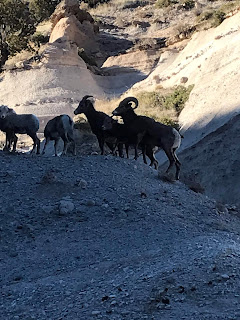 Sometimes it's just refreshing to see the natural world carrying on as if nothing is happening of importance in the world of us humans. 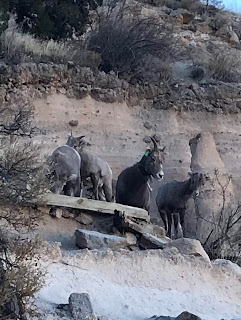 This would be fine if we weren't slowly destroying the natural world these beautiful creatures call home...that we too call home.

Wishing you all a wonderful Holiday Season. May we find solace and peace and comfort in the beauty of nature and in the company of our loved ones. Peace. 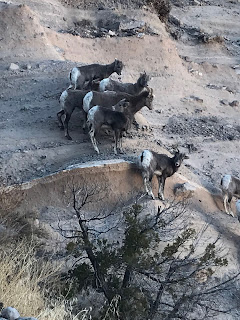 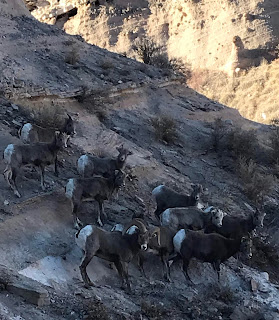 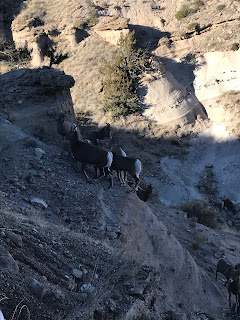 To Solve the Problem of Too Much Rain?

I don't usually post about the imposter in the White House but I had such a laugh when I read this transcript of his explanation of why he wants to change the EPA regulations regarding water conservation fixtures. It is hilarious to read, so long as you mentally suspend the reality that this man is really the president of the United States.(Link to JMG here). His words will go down in history: 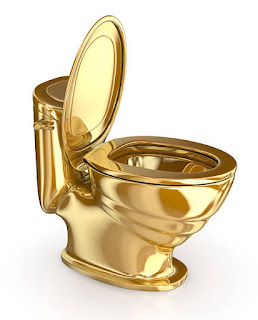 December 6, 2019
“We have a situation where we’re looking very strongly at sinks and showers and other elements of bathrooms, where you turn the faucet on in areas where there’s tremendous amounts of water, where the water rushes out to sea because you could never handle it. And you don’t get any water. You turn on the faucet — you don’t get any water. They take a shower, and water comes dripping out, it’s dripping out very quietly, dripping out.
“People are flushing toilets 10 times, 15 times, as opposed to once. They end up using more water. So EPA is looking at that very strongly, at my suggestion. You go into a new building or a new house or a new home, and they have standards where you don’t get water. You can’t wash your hands, practically, there’s so little water comes out of the faucet. And the end result is you leave the faucet on, and it takes you much longer to wash your hands. You end up using the same amount of water.”
“So we’re looking at, very seriously, at opening up the standard, and there may be some areas where we’ll go the other route. Desert areas. But for the most part, you have many states where they have so much water that it comes down — it’s called rain — that they don’t know what to do with it. So we’re going to be opening up that, I believe. And we’re looking at changing the standards very soon.” – Donald J. Trump, alleged president of the United States.