There seems to be a number of articles on the web about the general theme of "The Spirit of Pride Days Past" so here is my post of some photos of Past Pride Days.

I guess nostalgia comes with getting older. What with the pandemic and the political climate, things just ain't what they used to be. I sense that we will see the slow demise of traditional pride.

I never took many pictures of Pride parades, so this is pretty short on pics, but it's this year's post of my annual tribute to Pride. 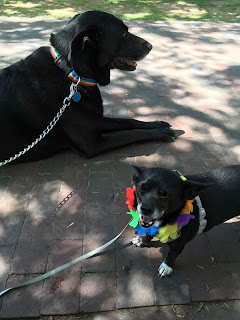 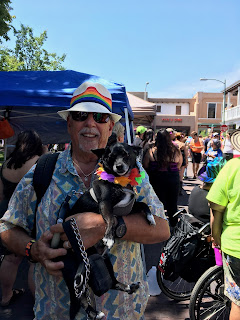 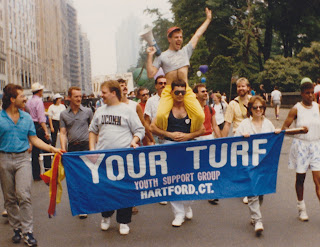 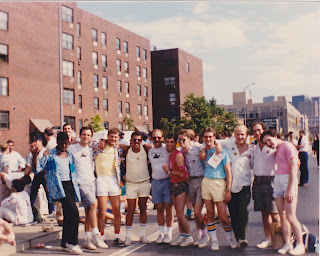 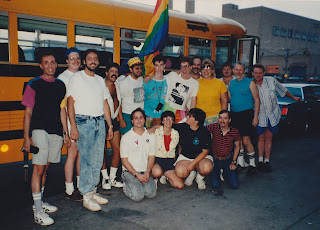 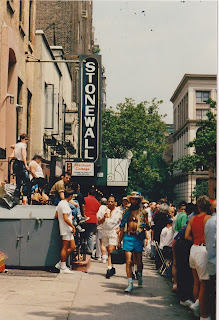 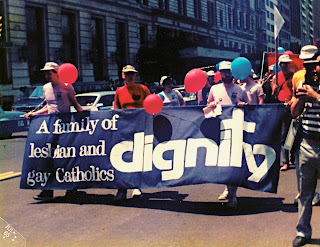 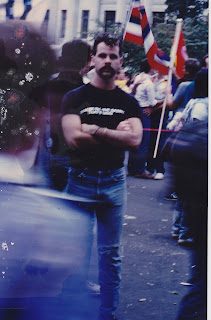 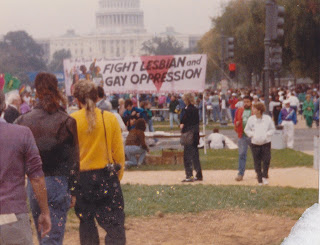 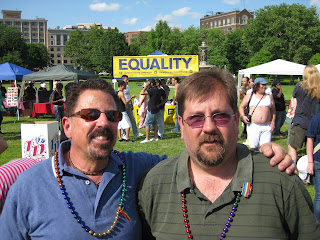 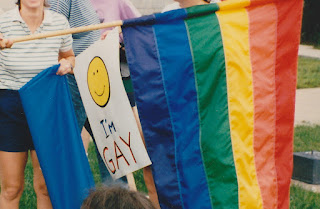 What Has Happened to PRIDE? 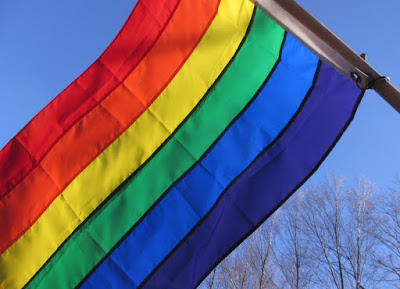 I don't know if it's just that I'm getting OLD, but it seems to me that PRIDE has gone the way of so many other good things in our lives...it has gotten so contorted by the whims and perceptions of so many subgroups that it is almost unrecognizable.

From the controversy over allowing the Gay Officers Action League (NY) to march in the New York Pride parade (because some individuals "feel unsafe" having police at the Pride event), to the revision of the "Pride Flag" - things have, in my opinion, gotten somewhat out of hand.

An article in LGBTQ Nation begins, "While people complain that the list of letters and numbers to describe LGBTQ people keeps growing, making an “alphabet soup” of the community, the iconic Pride flag hasn’t escaped revision either."

Apparently the Pride Flag has been "revised" several times now so as to be more inclusive. Inclusive to more subgroups of sexual minorities, some of whom the average gay or lesbian may not have even heard of. The article states:

"Most subsets of the LGBTQ community have their own flags now, from the transgender flag designed by Monica Helms decades ago to the “Labrys Lesbian Pride Flag.” There are genderqueer and genderfluid flags, and bisexual, pansexual, and polysexual flags despite some folks’ inability to tell the difference between the words, let alone the flags. There’s even a flag for straight allies." 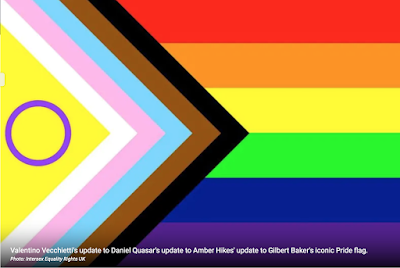 But, I ask, why? Why does the flag have to include a specific color or symbolic representation for every racial minority and sexual identity group and variation of sexual or non-sexual expression or genital variation?

The ORIGINAL Pride Flag was just a rainbow, a distillation of the visible light spectrum. A colorful, celebratory representation of the entire community with an implied recognition of diversity and inclusiveness.

The light spectrum that the flag represented implied diversity but it did so, as the word "implied" signifies, without being explicit. It was by inference all-inclusive. It represented the entire spectrum of the community celebrating the beginning of its liberation.

The original Rainbow Flag was perfect. It was simple. It was elegant. It was joyful, colorful, spontaneous, festive, and not especially political or representative of any political agenda beyond being out and proud.

I'm all for being Out and Proud, no matter how you identify or live out your identity. And I think the Rainbow Flag includes us all and always had...until some people began to see it through a, in my opinion, distorted lens of discrimination and exclusivity.

I just don't get it. The more colors and symbols that get incorporated into the Pride Flag the more different sexual and racial sub-groups of the community complain about being excluded.

The more we try to appease the political and special interest groups, the more divisive I think we are becoming because these attempts to be inclusive seem to do just the opposite. If one is not specifically represented, they "feel" excluded. And I put "feel" in quotes because there seems to be an epidemic of hurt feelings; hurt feelings which, in many respects I would suggest, are inauthentic.

(I am not suggesting that people don't have genuine feelings around being discriminated against or devalued, only that some of those feelings are misdirected or that some groups and individuals use their supposed hurt feelings as an excuse to gain attention and to isolate themselves from the community so as to further justify their hurt feelings.)

Maybe diluted is a more apt description of what the Gay Liberation Movement has become since that first Stonewall anniversary. Sadly, it now seems the antithesis of Solidarity.

Maybe it's just me, but I will continue to fly the Rainbow Flag. And celebrate the continued fight for liberation that began well before Stonewall. 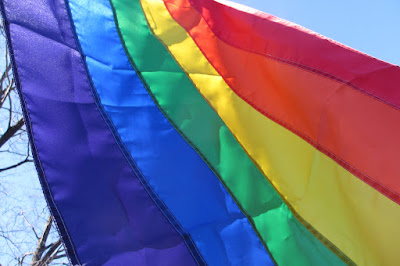