What Kind of Name For a Hurricane is Sandy?

UPDATE 10/31/12  Here we still have electricity (last year we were without power for 7 days).  But being without electricity is merely an inconvenience compared to being without a home or seeing your house burn or having your entire neighborhood covered in sand and debris.  Where does one begin to clean up and rebuild?  Where does one get the resources?  The video coverage is unbelievable.  Hoping that everyone affected will get needed assistance soon.

UPDATE 10/30/12  We survived the storm with no damage or flooding.  We are inland and on the north side of Fall Mountain, so we got only minimal wind.  Down at the shore, it was quite another story - not as widespread as New Jersey and Long Island, but most of the Connecticut shore got hit hard.

10/29/12
Sandy sounds like such a mild mannered, friendly, fun-loving, even wimpy name.  Sandra or Sandro would carry more authority.  But here we are battening down the hatches for "Sandy".  Almost exactly a year since the Halloween snow storm that crippled our area and turned out the lights for seven days.  So we are getting ready to play Little House on the Prairie once again: filling water buckets for when the well pump is powerless and getting all our potential flying object out of the yard.

So far, now 6:30 pm, most of the wind is coming from the TV weather forecasters.

Here are some of the best photos from the hurricane so far.  Thanks to hurricane wind and rain we have Satellite TV Art: 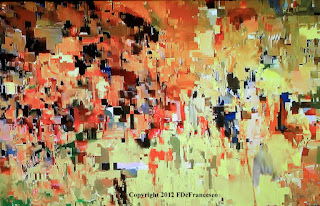 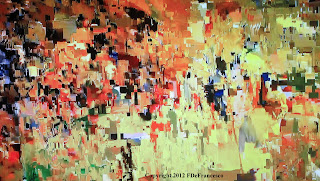 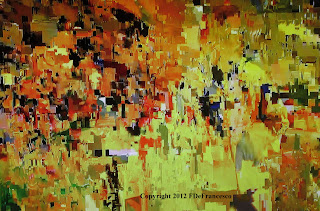 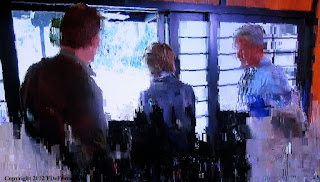 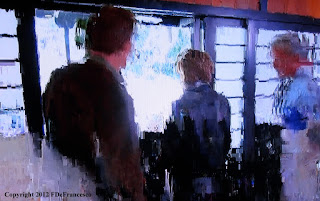 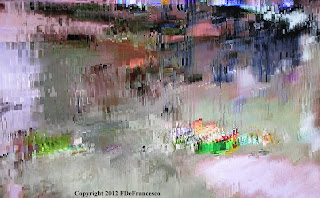 I'm thinking these will be made into note cards for this year's gifts to family and friends.

Thanks to Trickle Down BS for sharing this clip:

Couldn't have said it better.

Thanks to Wicked Gay Blog for this one:
Posted by Frank at 7:37 AM 1 comment:

Made a Birthday dinner this evening for my honey who turned 51.  Did any of us over fifty crowd ever picture ourselves as over fifty when we were twenty or thirty or even forty and still dancing at the disco?  And here he is still a young whipper-snapper at fifty-one! 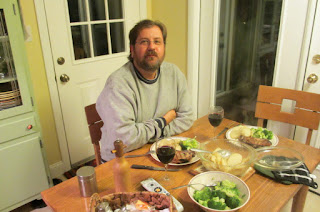 We rarely have beef except for a burger or meatballs with spaghetti.  Got some T-bones on special and made potatoes and onions in the microwave with a side of broccoli, glass of Lambrusco and to complete the table decor, a remote control. 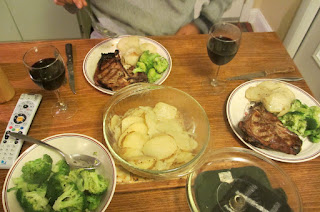 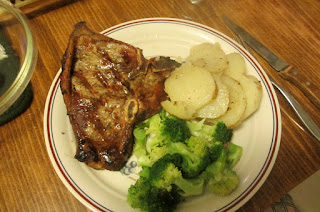 Made Leon's favorite - Carrot Cake - recipe at Dinner's Ready.  The three candles are symbolic - symbolic of the fact that I could only scrounge up three candles from the junk drawer.  Leon didn't even wait for me to light the candles and do things properly - as soon as the coffee was done, he cut the cake and dished us both a piece.  Not bad. 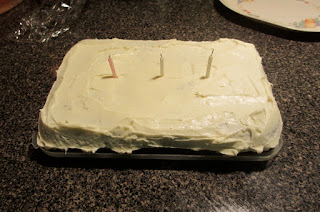 Leon, I wish you a Happy Birthday with all my love, Frank.  And as you always quote the great ones, "Who loves ya babe?"
Posted by Frank at 7:12 PM 5 comments:

Thanks to Russ a Blue Truck Red State
- The New Yorker Magazine "The Choice" - expounding Obama's achievements and his opponents promises to undo them;  it makes a case for the urgency of Mr. Obama's re-election in view of the dangers presented by the alternative.
Posted by Frank at 5:46 PM No comments:

Some Relief or Re-Leaf From All The Politics

It's almost 9PM and I don't know if I have the stomach or the emotional fortitude to watch another debate.  Here are some pics I took today. 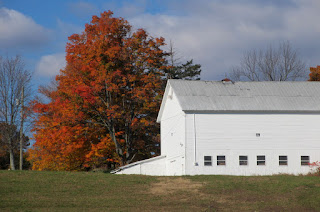 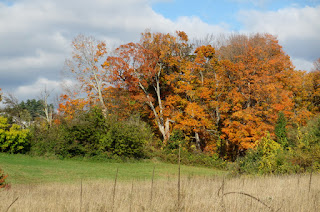 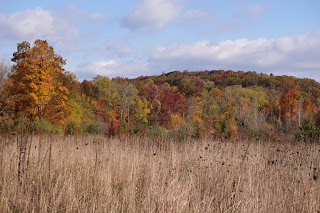 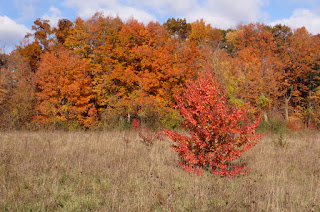 I've been reading and viewing video about the Mormon church.  It is unbelievable that any mainstream Protestants or Catholics, in particular, or even the Republican Party have thrown their lot in with the likes of the Republican candidate.  If you think Catholicism is a bit archaic, cult-like or ritualistic, at least its churches and rituals are open and "public".  I know people were worried about JFK becoming president because of his strong Catholic faith, but thankfully it was  at a time when the Catholic church was less aggressive about its politics and was more interested in social justice and the option for the poor.

Yes, we have freedom of religion in this country (I think) but will we really ever have a government that is free OF religion?

The Republican candidate apparently holds some really bizarre beliefs - some pretty scary beliefs, at that.  They make JFK's Catholicism pale by comparison.   See Joe My God and other links from there.

P.S.  For a little chuckle, the Sunday Funnies are always good over at I Should Be Laughing.
Posted by Frank at 9:44 AM 3 comments:

Instead of holding political debates, why not just formulate pertinent and intelligent questions and submit them directly to independent, unaffiliated fact checkers.  Granted, this would remove most of the entertainment value of debates and much of the "who's the bigger liar" commentary from the political blogs.

And while we're at it, why not require all political advertising to be submitted to the same fact checking scrutiny?  Maybe we'd finally be able to believe some of the ads that we are bombarded with.

Here's one site to check out: PolitiFact
Posted by Frank at 6:53 PM 4 comments:

Is the Country Headed in the Wrong Direction?

No pollster has ever called me on the phone to ask me whether I think the country is headed in the wrong direction. 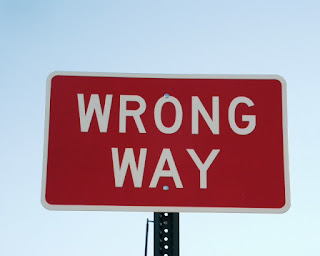 If they did, I would hesitate and ask them "What exactly do you mean by that question?"  I think it is a meaningless, ambiguous, poorly worded question.

You hear the question quoted in polling reports: "X% of those polled believe the country is headed in the wrong direction."  What does that mean?

But what leadership?  The President?  The Congress?  The Churches?  Hollywood?  The Courts?  The Corporations?  The Financial Gurus?  The data are easily used to support anyone's bias. 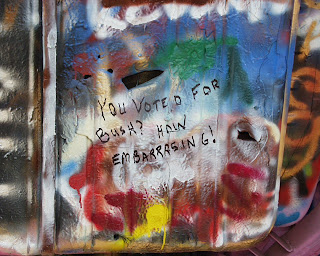 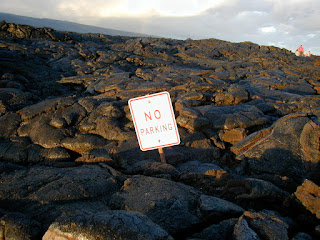 Or, maybe I don't think the country is moving in any direction - that it is stagnant and caught-up in a quagmire of rhetoric and imploding from the weight of concrete ideologies.

So why do they keep asking people this stupid question?

Poorly moderated debate - is Lehrer not capable of enforcing time limits?; poorly worded questions - Lehrer seemed to be stumbling over his own wording.  The republican clearly dominated and did not respect the moderator's limits.  Obama was unfocused and wishy-washy.  It was as if he was saying the other candidate's diatribe and lies did not deserve a response.  But he did not refute anything of substance.

As usual, the questions quickly became irrelevant because the debate was all talking points - what the candidates want to say about the topics they wanted to address - OVER AND OVER.  Romney was clearly better with this tactic. It was painful to watch.  I hope the fact checkers are busy.  And I hope the moderator has a gavel  - or better, a freakin' LOUD buzzer that no one can talk over - next time.
Posted by Frank at 10:51 PM 4 comments: