My husband and I have had a blessed year. I'll leave it at that because I have no desire to make a speech about all I am thankful for. (I feel more inclined to take a vow of silence for an indefinite period of time.)

Happy Thanksgiving to all. PEACE. 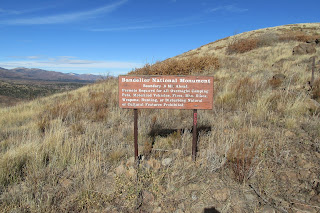 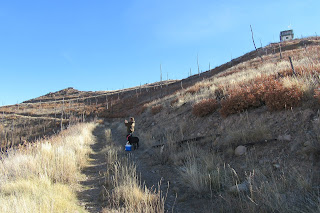 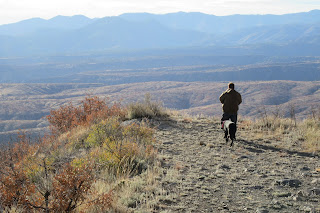 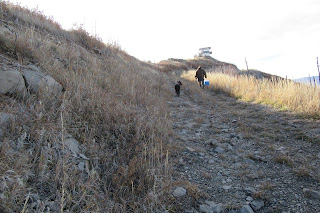 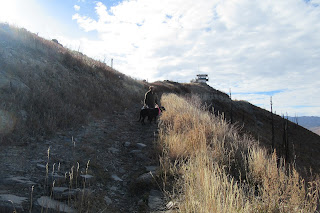 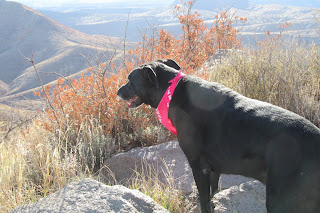 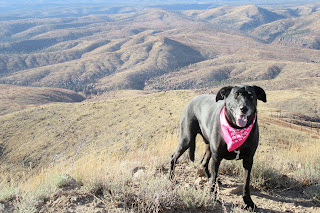 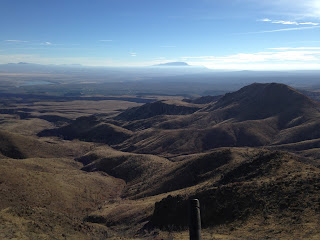 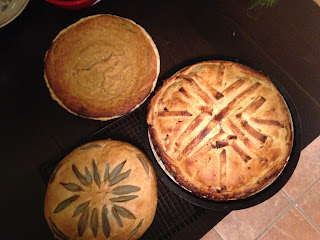 What a wonderful, dignified man and President. I never tire of listening to him.
Start counter at approximately 50 minute mark. 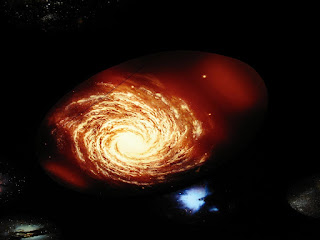 I am referring any and all readers to an excellent commentary by Russ Manley at Blue Truck, Red State.

As I commented to him on his blog:

Russ,
That was eloquent. And more: intelligent, thoughtful, insightful, moving. It nearly brought me to tears. I've been unable to articulate my thoughts and feelings thus far; perhaps I'm still numb or in denial; yet throughout the day and even when I wake in middle of the night I lose my breath momentarily and shudder when some new horrific imagining intrudes on my consciousness.

I've spoken often about the reality: that we should not let our guard down, that there would be a backlash. But never could I have imagined anything like a complete government takeover by such a band of fascists intent on reversing all the liberties and rights that we (not only LGBT) have fought for.

I have given up on Facebook for many reasons you can relate to - preaching to the choir, the futility of trying to "convert" the other side; the waste of time; the desire to live my life without having to defend or justify my right to do so; the desire to live in peace and tranquility.

But I would like to have your permission to share this post, if you so agree, via email or other means beyond a link in my blog which I feel compelled to do when I finish this comment. I will, of course credit you and Blue Truck, Red State, but I cannot guarantee where it might eventually end up: I certainly think it is worthy of a major newspaper, an op-ed or feature of some kind. Perhaps you should be the one to promulgate it beyond this blog.

Meanwhile, I will go to dinner with friends to celebrate a birthday (not mine) and walk the dog and buy groceries and cook Thanksgiving dinner for me and Leon and Sam and Len and Linda and Angie and Judy. I am anticipating a rather emotional Grace before that meal and pray in my thoroughly non-traditional way that the universe is truly unfolding as it should:

Go placidly amid the noise and haste,
and remember what peace there may be in silence.
As far as possible without surrender
be on good terms with all persons.
Speak your truth quietly and clearly;
and listen to others,
even the dull and the ignorant;
they too have their story.
Avoid loud and aggressive persons,
they are vexations to the spirit.
If you compare yourself with others,
you may become vain and bitter;
for always there will be greater and lesser persons than yourself.
Enjoy your achievements as well as your plans.
Keep interested in your own career, however humble;
it is a real possession in the changing fortunes of time.
Exercise caution in your business affairs;
for the world is full of trickery.
But let this not blind you to what virtue there is;
many persons strive for high ideals;
and everywhere life is full of heroism.
Be yourself.
Especially, do not feign affection.
Neither be cynical about love;
for in the face of all aridity and disenchantment
it is as perennial as the grass.
Take kindly the counsel of the years,
gracefully surrendering the things of youth.
Nurture strength of spirit to shield you in sudden misfortune.
But do not distress yourself with dark imaginings.
Many fears are born of fatigue and loneliness.
Beyond a wholesome discipline,
be gentle with yourself.
You are a child of the universe,
no less than the trees and the stars;
you have a right to be here.
And whether or not it is clear to you,
no doubt the universe is unfolding as it should.
Therefore be at peace with God,
whatever you conceive Him to be,
and whatever your labors and aspirations,
in the noisy confusion of life keep peace with your soul.
With all its sham, drudgery, and broken dreams,
it is still a beautiful world.
Be cheerful.
Strive to be happy.
Max Ehrmann, Desiderata, Copyright 1952.

The election cycle did me in. And now it has gotten even worse...

Hope to lower my anxiety and blood pressure (figuratively on the BP - I think mine is OK).

Really, how many more good years are left me? ten? twenty? (that would be pushing it)...no longer want to waste a good part of my day checking the "posts" of friends and foes and passing on headlines and news clips and pictures of puppies and kittens and silly videos and sickening sweet sayings and posters.

Aftermath and Genie Out Of The Bottle 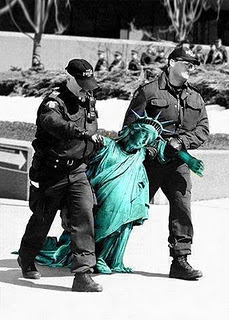 The Trump victory, which I still cannot wrap my head around, has raised up a new minority: narcissistic sociopaths have now gained presidential status in America.

Trump's victory was due to the fact that a majority of Americans, a majority that likely includes narcissistic sociopaths, are infantile-thinking so-called "christian" fundamentalists who cannot stomach the idea of same-gender marriage, abortion or birth control, and to whom transgender is akin to something Dr Frankenstein might create;
And don't forget the Duck Dynasty americans who proclaim their right to own assault weapons and the bottom feeders who thrive on apocalyptic and conspiracy theories.

And lets's not forget the anti-science, climate change deniers, anti-environmentalists who wouldn't think of living without their latest cell phone, 500 inch HD TV, or pharmaceutical to enhance their manhood.

Oh, and the progeny of immigrants who feel threatened by immigrants, and people living on pensions with paid for health care who apparently don't need social security or affordable health insurance.

And the openly racist and closeted racists who want to make America White again.

ALL OF WHOM THINK THEY HAVE SOMETHING PERSONALLY TO GAIN FROM MR. TRUMP IN THE WHITE HOUSE.

God, I didn't think there were so many of you. KNOW THIS: Trump has gotten what he wanted. HE DOES'T NEED YOU ANY LONGER.

P.S. It sure was nice being married to my huband for the past two years. I expect our marriage will be annulled at the first possible opportunity by the do-nothing congress and new know-nothing president, but our loving relationship of 28 years will continue to survive.

P.P.S. Damn, I forgot about the Pence in the background...you bet his right-sided, fundamentalist, anti-gay, racist ideology will be steering the Trump ship - scarier even than Trump alone.

Beyond the damage Mr. Trump will inflict on the nation, even if Trump proves to have cunning business skills and an ability to "fix" many of the government's shortcomings along with his Republican Congress, his campaign, his vulgar, hateful rhetoric and his throwing flesh to the rabid dogs has given many of his supporters "permission" to use targeted, vile, hate speech and even to take their anger out with actual violence on anyone who is "other".

This is the genie that cannot be put back into the bottle. This is the legacy of Donald Trump's campaign. This is the future of the Republican Party. Consider the post by Blaise Navarro, below:

Dear America,
As I got off work and went to The Bourbon Pub for a minute to greet friends and catch up on the election results the following happened.
I went outside to smoke a cigarette and people passing the bar on the street were jeering at my friends, acquaintances, and strangers. What were they saying? Things like, "Worried, faggots?" Or "Get ready, fags." Or just flat out screaming, "Faggots!" And then just continued walking.
In the 8 years that I have been a regular patron of the French Quarter gay community I have never heard or experienced that on Bourbon St.
I know LGBT rights were not the only thing on the line in this election. I know its selfish to assume as much. What is not selfish is knowing that as the end is drawing near in the results my life and the lives of others in many minority communities are at risk. This freely expressed hatred is the monster that is being unleashed.
So thank you. Thank you for the intolerance. Thank you for the ignorance. Thank you for the bigotry. Thank you for the hatred. Thank you for making it possible for people to no longer fear repercussions. Thank you for the fear that I and so many others will now have just to walk down the street.
Sincerely, fuck you!

Tired and Weary Of It All 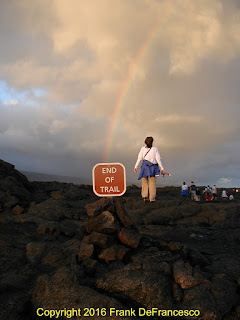 Just saw the Frontline docu on Trump and Hillary. An eye-opener. Hillary may be power-hungry and make some bad judgment calls but Trump is a narcissistic, pathological liar and snake oil salesman.

I am afraid I don't share much optimism about our future. I fear it will take many, many years to recover from a Trump presidency and if Hillary wins, her victory will be a Pyrrhic one both for her and the Democratic Party.

The Republicans in congress are already plotting further obstructionism.

And the "christian" fundamentalist religious right in this country wants to make the USA a theocracy (the Republican platform is their first major in-road) - no less than those we call terrorists, who are calling for fundamentalist islamic rule in muslim countries.

We are so weary of the partisan politics that any call to activism now seems drowned out by the howling winds of contention and sometimes I just want to tend my garden and walk my dog and enjoy the companionship of my husband and the world be damned.

Beware: all who seek or have enjoyed the security of "Life, liberty and the pursuit of happiness" may soon feel very insecure.
Posted by Frank at 9:59 AM 2 comments: