Some More Photos From Leon's "Office"

I guess he hiked about nine miles today, patrolling a trail he hadn't been on before. Some interesting snapshots with his iPhone. 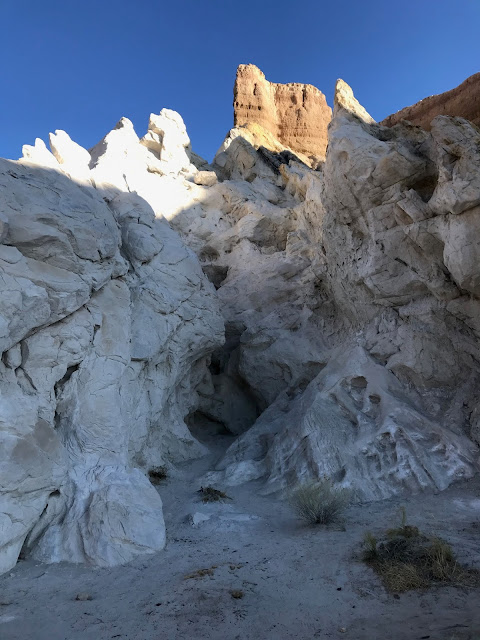 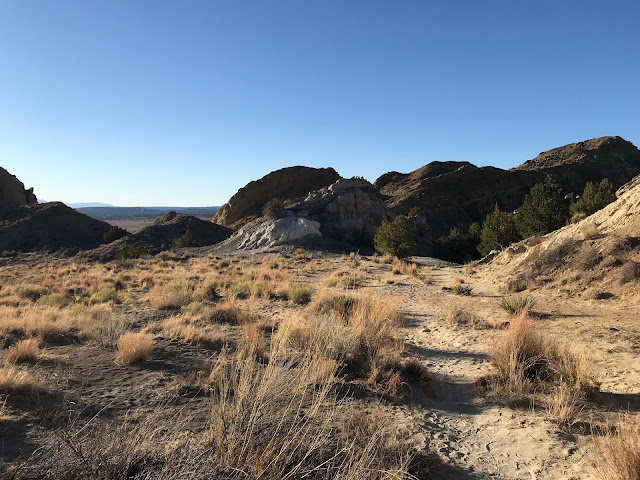 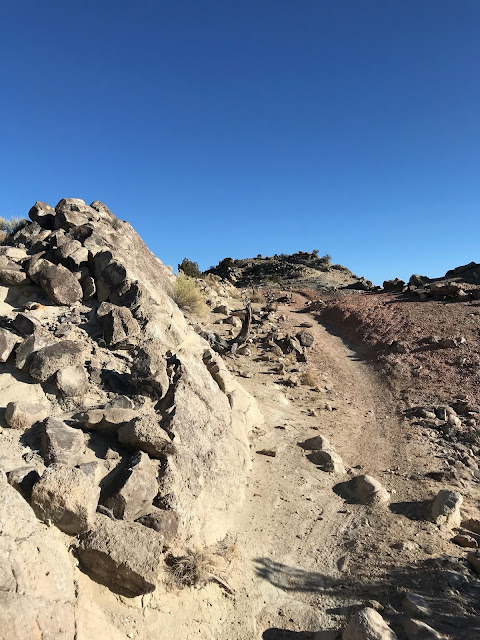 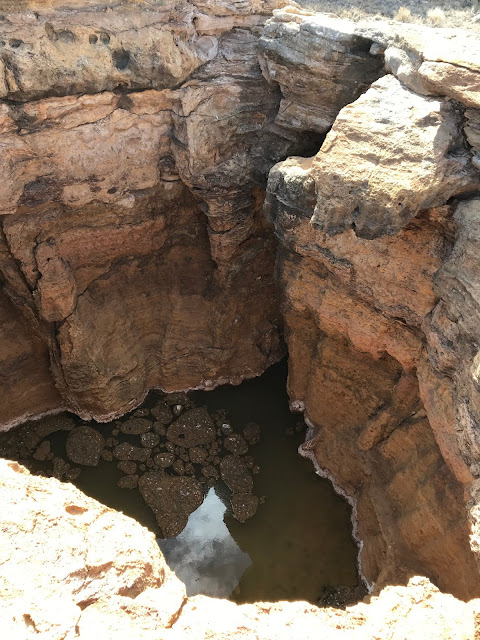 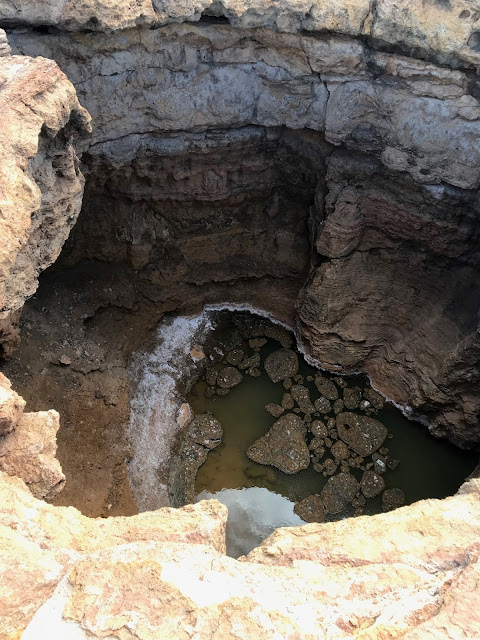 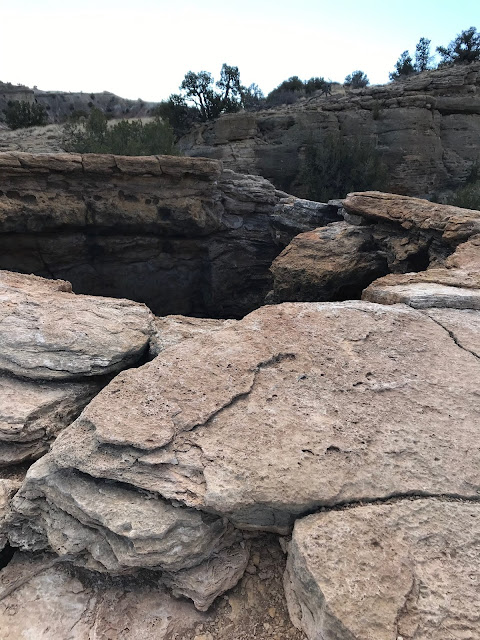 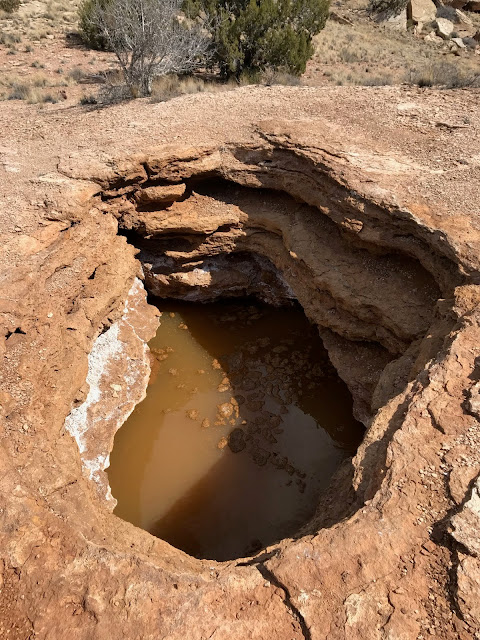 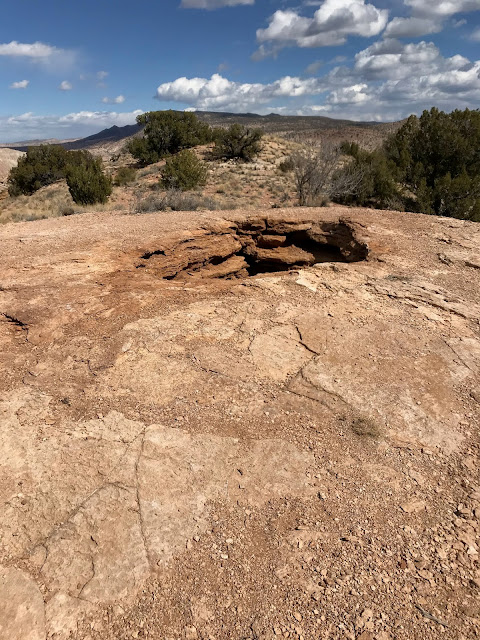 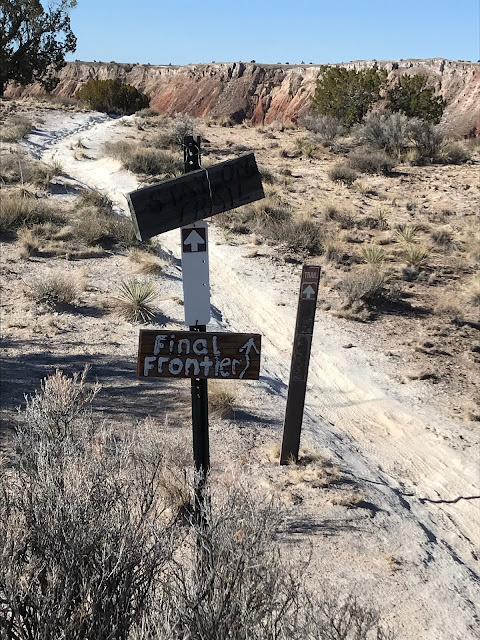 I heard/read the news about Pope Francis and his admonition to priests not to bless same sex unions.

As a gay man who was brought up Catholic and who suffered many childhood indignities as well as the unbearable guilt trip laid upon me by my religion, I did not have much of a reaction to the report.

My reaction was more like "Oh, well." and "There's no news there."

Because, with some understanding of Catholic dogma and theology, I realize that nothing has changed with Pope Francis even though some of his statements have had the conservatives riled since his election.

He, like many moderate and progressive Catholic clerics, is caught between the Rock of Dogma and the softer place of compassion.

The dichotomy is telling however: in this convoluted theology I can have gay sex, confess and be forgiven, but if I live in a loving relationship with another man, I am living in sin and cannot be absolved until I cease my sinful life. This would apply to straight Catholics having heterosex vs living in sin as well, but of course they are more easily forgiven and tolerated because THEY are NORMAL.

While I often play the apologist for the Church, especially on such LGBT news blogs like "Joe.My.God." where the anti-Catholic sentiment is vocal and often viscous, in practice, the Church is mostly irrelevant to my current life.

Yes, there are elements that I still find lovely and nostalgic like the Ave Maria and Gregorian Chant and the smell of Church incense, but the Church’s inability to integrate scientific knowledge and insights about human sexuality has relegated it to a pre-Galileon era. 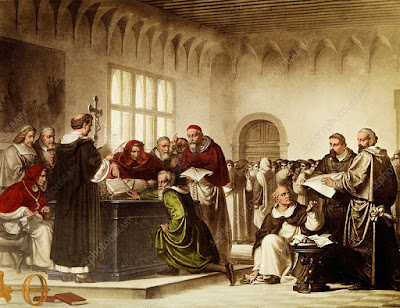 So, it will likely take another 350 years for the Church to sort it all out.(https://www.newscientist.com/article/mg13618460-600-vatican-admits-galileo-was-right/)

Obviously, I don't have time to wait it out. I will trust that my truth is as immutable as any. 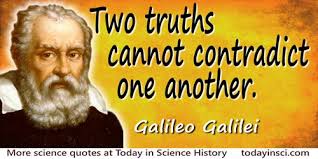 I would add that I have, at times, envied the straight boys who take for granted their position of unconditional acceptance by the church and society. I've talked about all that in my memoir, of course. (Did You Ever See A Horse Go By?) Much easier to be, to grow up, Catholic when your very IDENTITY is not in question as being intrinsically disordered which is like having an incurable disease, only worse.

But somehow, I got over it. Mostly. See the memoir again for details.

But now, in old age, comes another "stigma" if I can call it that: not being in the "grandfather" club. So many of my neighbors and age-mates talk about their grandchildren with pride. And of course Italian families thrive on the breath and width of their family trees and how many of several generations are seated around the table at Sunday dinner.

So, when you get to the bottom line, the Church, marriage, Italian families, sex: it's all about baby-making, isn't it?

We gays are outsiders. And I guess that's OK.

This Speaks for Itself 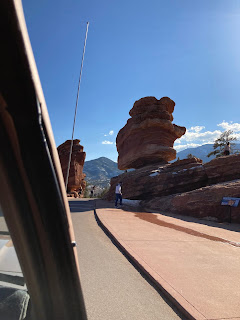 So, after 32 years together, I underestimated Leon's powers of persuasion - again. I was content to stay home.

But Leon had it in his mind to check out a camper that he'd seen on Craig's List. A used (2006) 24 foot Arctic Fox Fifth Wheel. They don't make them that small anymore and we have a limited parking spot across from our house.

I saw the photos and was unimpressed, but Leon saw the photos and saw his dream camper. "It will be good to get away. We really need a road trip. So sick of doing nothing this past year. It will do us good." And a number of other persuasive arguments.

Problem was, the coveted camper was in Wyoming. A seven and a half hour drive not counting eating, peeing and walking the dog.

The dog. That was problem number two. Benni is not doing great. The past few months he's been having a problem with his hind legs. The vet says it's likely a neurological problem. Apparently it's fairly common although I'd never heard of it. If we want to get a CT scan or MRI for $1300 plus the consulting fee we could get a better diagnosis.

A better diagnosis will not provide any particular options for a cure. There likely is no cure. Something is obstructing the messages from Benni's brain to his hind quarters. He is not walking normally. He stumbles occasionally. He poops while walking and leaves a trail. We will take Benni with us of course.

We decided to drive about 5 hours and stay in Colorado Springs for one night. "Soul, Community, Planet" - SCP - an interesting hotel, dog friendly, environmentally friendly, liberal values. They donate a tree to re-forestation of the rainforest or something for each guest. Unfortunately there was only a paved parking lot to walk the dog. Not a tree on the property. Oh, well.

We checked out "Garden of the Gods Nature Center" before checking in. I guess I was tired from the drive. We didn't have the time or energy to hike the trails and Benni might not have appreciated a hike either, so we drove through.  So it was a lot of rocks. 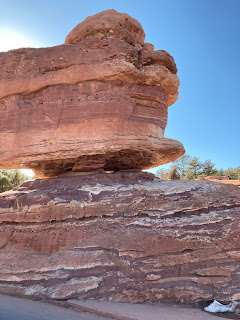 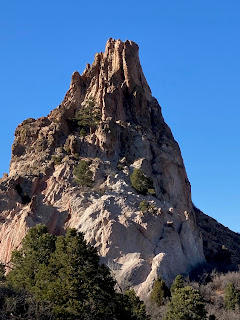 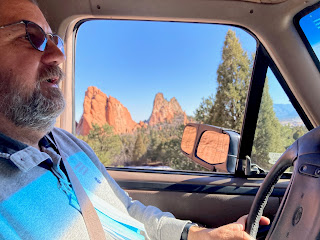 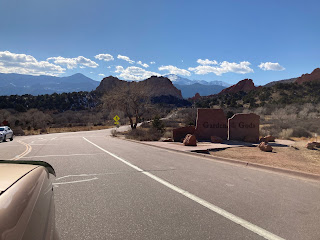 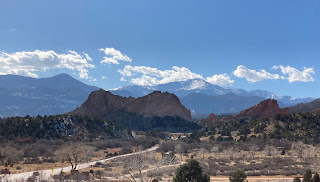 Photos below of SCP - The hotel in Colorado Springs. 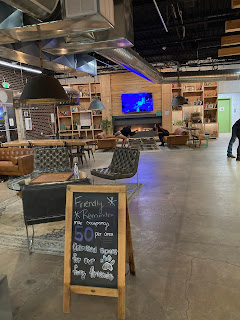 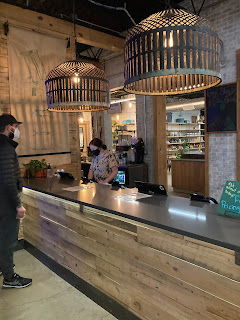 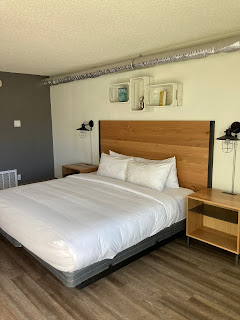 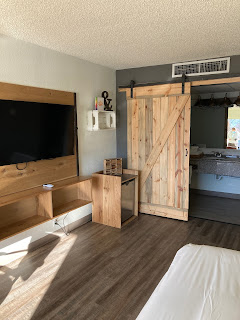 We ordered pizza and ate in the hotel. We won't eat inside a restaurant, no matter what the state says is OK. Nice hotel, but I DID NOT SLEEP FOR A SECOND ALL NIGHT! Why? I couldn't tell you except that I was wired like I was on some kind of amphetamine or a gallon of caffeine. Horribly long night.
We drove another 3 hours the next day. The highlight of the trip for me was a stop in Denver to splurge at an Italian imports market. Capicolla, Mortadella con pistacchio, Prosciutto, Capa Cavallo,  Pancetta. Stuff I cannot find in New Mexico. Heaven.
Multiply this photo by 1 million = Wyoming 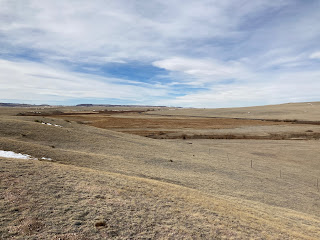 So, bottom line: the camper in Wyoming was not Leon's dream. We had planned to stay in Cheyanne overnight but did you ever read the reviews of hotels in our price range? Actually we would have chosen a better hotel but the good ones were all booked up. So we decided to just put miles behind us and head south.
I drove most of the way. Lucky I didn't fall asleep at the wheel. Leon drove. We made it to Pueblo Colorado by around 5 PM and went through the stress of finding a hotel. I stopped reading the reviews. Leon drove into the parking lot of one and went in and booked a room. I was exhausted from lack of sleep and didn't care anymore. I think it was a Best Western. Not cheap, but comfortable.
The rooms were accessible from an inner corridor instead of my preference - door directly to outside - preferred both because of COVID and having the dog. Our room was on the second floor. We had to exit through the lobby to walk the dog. I worried that Benni might have to go out during the night. What if he didn't make it and pooped all down the hallway? So we walked him for a good hour before going to bed. Still I worried.
So our very needed getaway turned out, for me, to be a very stressful weekend. Pretty much a weekend from hell. The saving grace is that Leon and I get along, even under stress and he is always supportive (even though it was his idea to drive to friggin Wyoming and cause me all the stress in the first place).
Just an update: Benni had acupuncture today. Hey, I am a sceptic but we'll give it a try. Leon and I got notice that we can get our COVID vaccine #1 on Friday. That is a relief.
Benni walking.
Posted by Frank at 10:05 PM 5 comments:

Hubby Sent Me This Clip Yesterday From His "Office"

Sometimes Leon really loves his job. This was take at Elk Springs...the Elk explain why it's called that.