Around the House: Stone and Ravioli

Finally got motivated to do a stone walkway project that has been churning around in my head for a year or so. I purchased the stone for a decent price last summer from a neighbor who didn't want it. It's been sitting while I tried to figure out what I could do with it.

A plan finally came together after we built a new deck and salvaging some wooden 4x4s from the tear-down of the old deck. I'm not one to waste anything that I might have to purchase. Re-use, recycle, re-purpose is a good thing. Once the new deck was a reality, I was able to start imagining a walk-way from the side of the house down to the gate leading to the arroyo.

But I kept putting off the project because it has been brutally hot here this summer...but not as hot as Arizona, California and parts of Texas - but too hot to work comfortably. With the temps plummeting down into the high nineties the last two weeks, I got my tools and went to work.

There is something about stone. I like stone. My grand father was a stone mason. My other grandfather could whip up concrete and make a sidewalk that never cracked. The only drawback to working with stone is that they tend to be heavy.

The back yard slopes downward toward the arroyo and so it seemed like the way to go was to terrace a walkway down the side and from the steps of the deck. Those 4x4s came in handy for the terracing. I drilled holes and secured them to the ground with 2-foot lengths of re-bar. Using a sledge hammer I was able to pound in the re-bar without hitting solid rock. That was a miracle because when I planted some Italian cyprus in the front yard it took 4 hours to dig two 12-inch deep holes and required the use of the sledge hammer and a chisel.

Here are some photos of the almost finished and the finished walkway. I just have to cover the rest of the landscape fabric with crushed stone, which I will have to acquire or borrow from another part of the backyard. The backyard still needs lots of work to make it the garden I want it to be. One thing at a time. 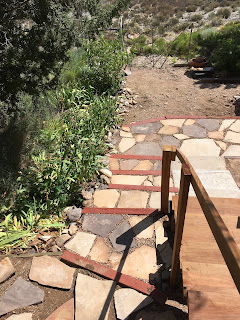 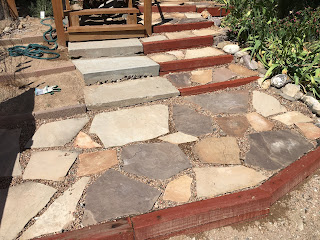 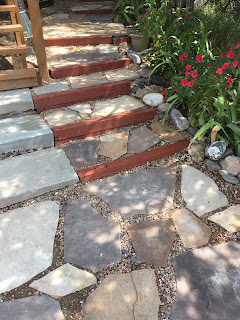 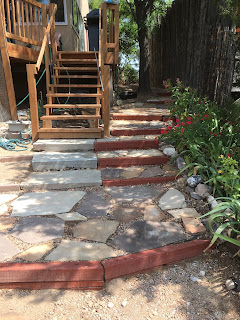 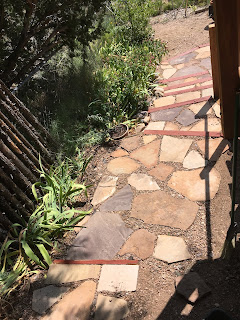 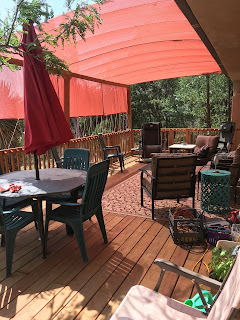 Ravioli.
I took a bit of a break from landscaping to make a little hand-made ravioli. More about the recipe and prep at "Dinner's Ready" blog. 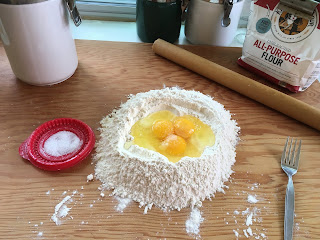 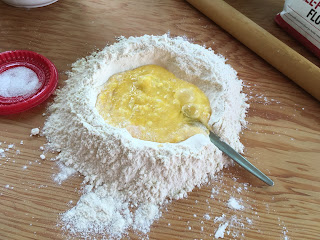 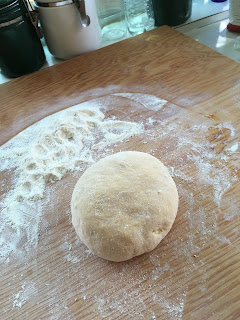 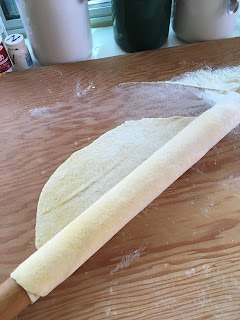 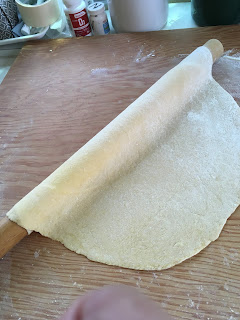 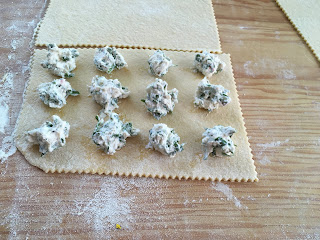 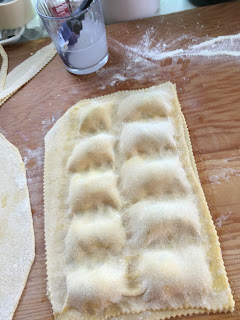 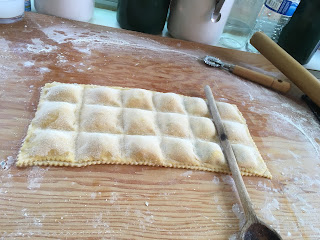 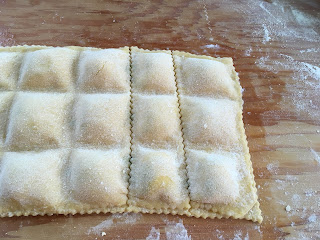 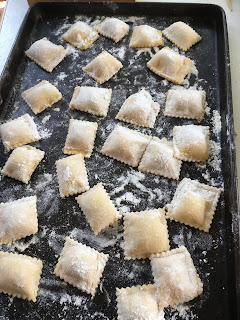