Back From PTown - Body Philosophical and Gaybe

Spent a few days in PTown without the hubby.  Benni came along, just to keep me company and get me to talk to people...people always talk to people with dogs.  I've been a bit out of touch with the news, though I got the gist of things on the morning news.

I don't understand why the Republicans aren't blaming Obama for the falling gas prices.  It's gotta be bad for the big oil corporations.  I just don't get it.

And a Catholic Bishop was finally indicted for not reporting one of his priests who he was aware had been accused of taking lewd photos of a young girl.  While the whole ongoing clerical sexual abuse of children and cover up by the Catholic Church is utterly despicable and sad, I hope this comes as a WAKE UP to a church that is living in a land of denial.

First some photos.  While things on Cape Cod don't change much, the land is striking for its natural beauty, both seaward and landward. 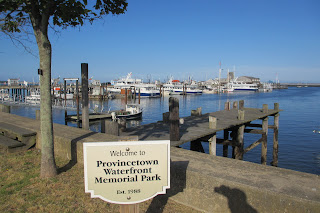 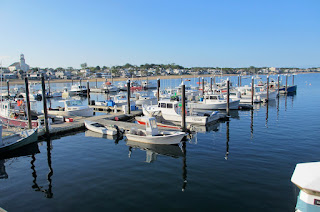 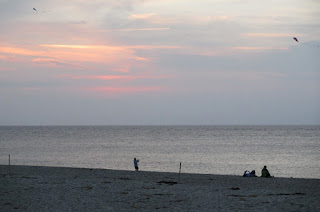 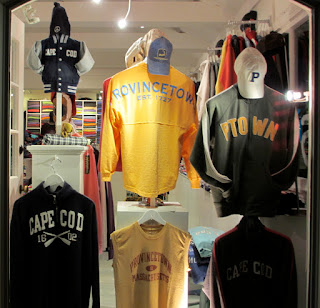 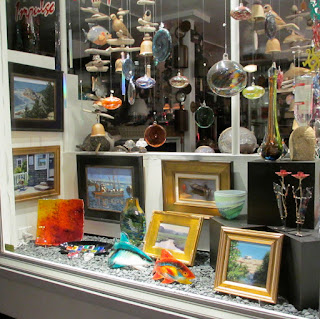 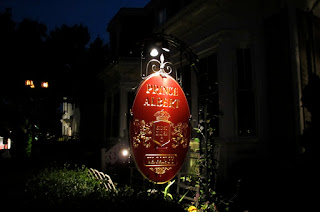 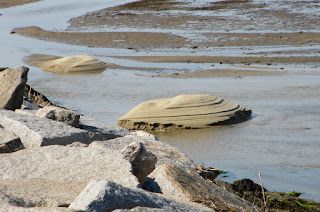 Summers always mix me up.
A sound, a smell
the feel of warm sun on sun-baked shoulders
body molded to soft hot sand
half asleep
a fleeting memory in guise of a dream.

Eight years ago
and not something you can get hold of –
an adolescent emotion.
It’s hard to be twenty-three
when you’ve stayed fifteen for eight years
eight summers.

I think in summer
I’ll always be fifteen
somewhere deep inside.
It’s as if there’s something there I left unfinished.
Perhaps it was only a sand castle
washed away by a tide come too soon.


There was a time, many years in fact, that I could spend all day at the beach and not be bored.  Things besides just the sand are shifting.

My attitudes have shifted somewhat to my age...and my flesh has shifted as well.  The skin below my man-boobies is a wide band of WHITE bordered by TAN after sitting in the sun.  I've got "liver-spots" all over which hopefully do not become cancerous. The ugly skin tags seem to multiply monthly and I have to remind myself that they are not ticks sucking my blood so I don't mistakenly pull another one off with my bare fingers in the middle of the night and end up oozing blood...

I find it hard to believe that I was once 35 (let alone 15 or 23) and somewhat OK looking.  I was never great looking or even very good looking.  Once, Leon and I had gym memberships for about two years.  We would go almost every day, do the machines and keep track of our progress.  Neither of us ever really lost much weight or toned up.  Our abs remained absent.  Our biceps were upset.  Our pecs were pecthetic.  I hated going to the gym.  Maybe my body knew that and refused to get beautiful.

Seeing all the pretty men in PTown,  - and its not yet "in season" - even the some of the older gents who've kept the flab under control, has me reflecting on the old body.  I don't know how other guys do it.  Perhaps they start very young.  But I think it is genetic.  Or at least certain genes are conducive to improving the looks of an already gifted body.


Sometime in my forties I noticed that my medium size shirts were getting tight, not in the waist but in the chest.  For some odd reason my chest/ribcage was expanding, and I was looking barrel-chested.  I needed to buy large size shirts.  Eventually my waist and belly grew into the new shirts.  Now I just have this rather odd-shaped body with a large torso, skinny arms and legs and absolutely no butt.

I have all my original teeth, albeit with fillings and a few crowns, not terribly misaligned, but could have used braces when I was a kid.  Our dentist was old-fashioned and not one to suggest such procedures, nor could my family afford it if he had.  If I could have straightened my teeth, my toes and my nose, I probably would have done that too.  And I'd have a more prominent Achilles tendon.  I was so introverted that I couldn't stand up straight and felt embarrassed when told to do so.  Now I am somewhat permanently round-shouldered or hunchbacked.

But ordinary looking people and ugly people can be sensual as much as good looking people.  Yet don't we equate sensuality with the gorgeous and sexy, and rarely with the ordinary or unattractive?

I find it hard to believe that I am already 64, not so good looking but still sensual.  I see too many good looking guys on the internet and then, my gosh, I am shocked when I look in the mirror and none of them are looking back.  I have an image of myself in my mind that is still 35 and OK looking.  He doesn't look back at me either.

And now for a little fun, look at the kids nowadays.  I can't even imagine doing this back in high school or college and I definitely wasn't as pretty;  So are they gay or straight?

Posted by Frank at 8:55 PM 5 comments: Links to this post

Thanks to Father Geoff Farrow. 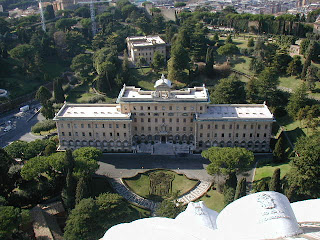 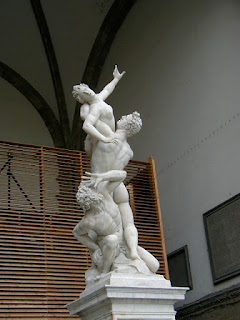 Posted by Frank at 9:23 PM 7 comments: Links to this post

In a case of "You can't have your cake and eat it too" a Federal Appeals Court ruled in favor of plaintiffs who are legally married in Massachusetts, but cannot claim federal benefits due to married couples because they are same gender couples.  Anti-gay marriage folks insist on preserving the right of states to define marriage (provided they define it as between one man and one woman) but won't agree to honor states' definition of marriage at the federal level if it includes same gender individuals.  The court logically concluded that you can't have it both ways.  While the ruling is not binding until the Supremes have a go at it, it does make a statement for human rights and dignity.

In another story, the Leadership Conference of Women Religious is fighting back after accusations by the Vatican's Inquisitors that the nuns are not "Catholic enough" to please Pope B16.  See CBS News clip here

And another clip here:

Who would have thought that the thousands of women in religious orders in the US would be put in a similar position vis-a-vis the Vatican as are LGBT men and woman who are and wish to remain Catholic.  People like uber-catholic Bill Donahue says the nuns should just "get out".   Sounds a lot like  religious "cleansing" and I don't mean that as a good thing.  Yet there was not even a slap on the wrist for bishops who tolerated and covered up pedophiles among their clergy.

I think the nuns are a very smart group of women and I am looking forward to their on-going response to the situation.
Posted by Frank at 9:32 PM 3 comments: Links to this post