From My File Cabinet 1 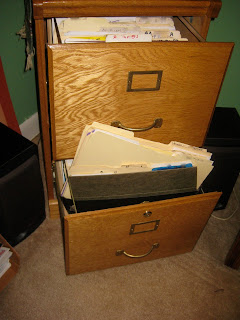 I would like to do a series of posts "From My File Cabinet" as I go through old papers and clean out stuff I've been keeping for years, most of which is pretty uninspired.  Not to say that everything I post will be inspired, but for what it's worth:

Letter to State Legislator, 2003 (before Civil Unions and Same-Gender marriage)


I was born in 1948.  I grew up Catholic.  Everything was a sin.  You get the picture.  While my peers were dating and courting and marrying, I was struggling.  Thank God, I won the struggle after 35 years, went through my "gay adolescence", dated, courted and now have a kind, loving and wonderful helpmate, companion and partner.


We have families who depend on us from time to time...taking dad to the doctor, to the hospital, making funeral arrangements.  Getting mom packed and moved to Florida.  We have nieces and nephews,  brothers and sisters, aunts and uncles.


Sometimes we need to go to the doctor too.  We each have our own medical insurance.  My partner is self-employed and his health insurance company has been bought out by another company.  He may lose his insurance.  I called my insurance company because the rate schedule they gave me gives prices for "Single Male", "Single Female", "Two Person" and "Family".  So I called to see if he could be added under the "Two Person" category.  I was told, "No, that's only for married couples."


That is just one privilege that is taken for granted by "married" couples and extended as if it were a constitutional right.


So we will seek insurance elsewhere.  We are used to it.  I mean we really are.  We are used to having to deal with discriminatory laws and policies.  We find ways.  We somehow manage to get by.  I takes a lot of effort.  It takes doing homework and learning the legal ins and outs of what others take for granted.


We sometimes talk about what would happen should one of us die and leave the other with funeral expenses and a mortgage.  Mom was married.  She collects her dead husband's Social Security.  Neither of us can collect our partner's Social Security.  It's just another reality we deal with.


We don't want to ruffle the skirts of the Reverend Monsignor or the feathers in the cap of the Grand Knight of Columbus.  We don't want them to change the Church (God forbid!).  But we do want a civil, legal recognition of our family as a unit of shared lives, assets, responsibilities and privileges.  It's really not a big deal...kind of like a corporation or small business.  Can't you lawmakers just get past the sex thing?  That's not what it's all about.
Posted by Frank at 7:28 PM

Labels: From the File Cabinet

Well done! I assume, as a result, new legislation was immediately written.

Sounds very like something I could have written . . . and have, at various times to various people.

Problem is, they simply *don't care* that you work and sweat and strain to build a life and a home just like everybody else. Because they see you as Other, and therefore nothing you do or say matters at all, not a bit.

Which is exactly how many Southerners (and Northerners too, let's be honest) used to view black people before the civil rights era: something between an animal and a human being. But although capable of speech and even affection and loyalty, still definitely Not One of Us; and therefore not equal, and not worthy of full consideration in the scheme of things.

Which is the same old, old story we see all around the world, from ancient times up till now: if you aren't Us, you are Them, and you fucking don't count. The dark side of human nature.

Will it ever really get better, I wonder? Some days I really am not at all sure.

PS - I have that very same file cabinet! It's pretty, but the rods keep falling down on the inside, they gouge out the little slots in the composition board.

Russ,
So true, yet we have to keep "squeaking" or the wheel will get no grease at all. Our integrity demands it.