Albuquerque Old and New, Petroglyphs and Other Stuff 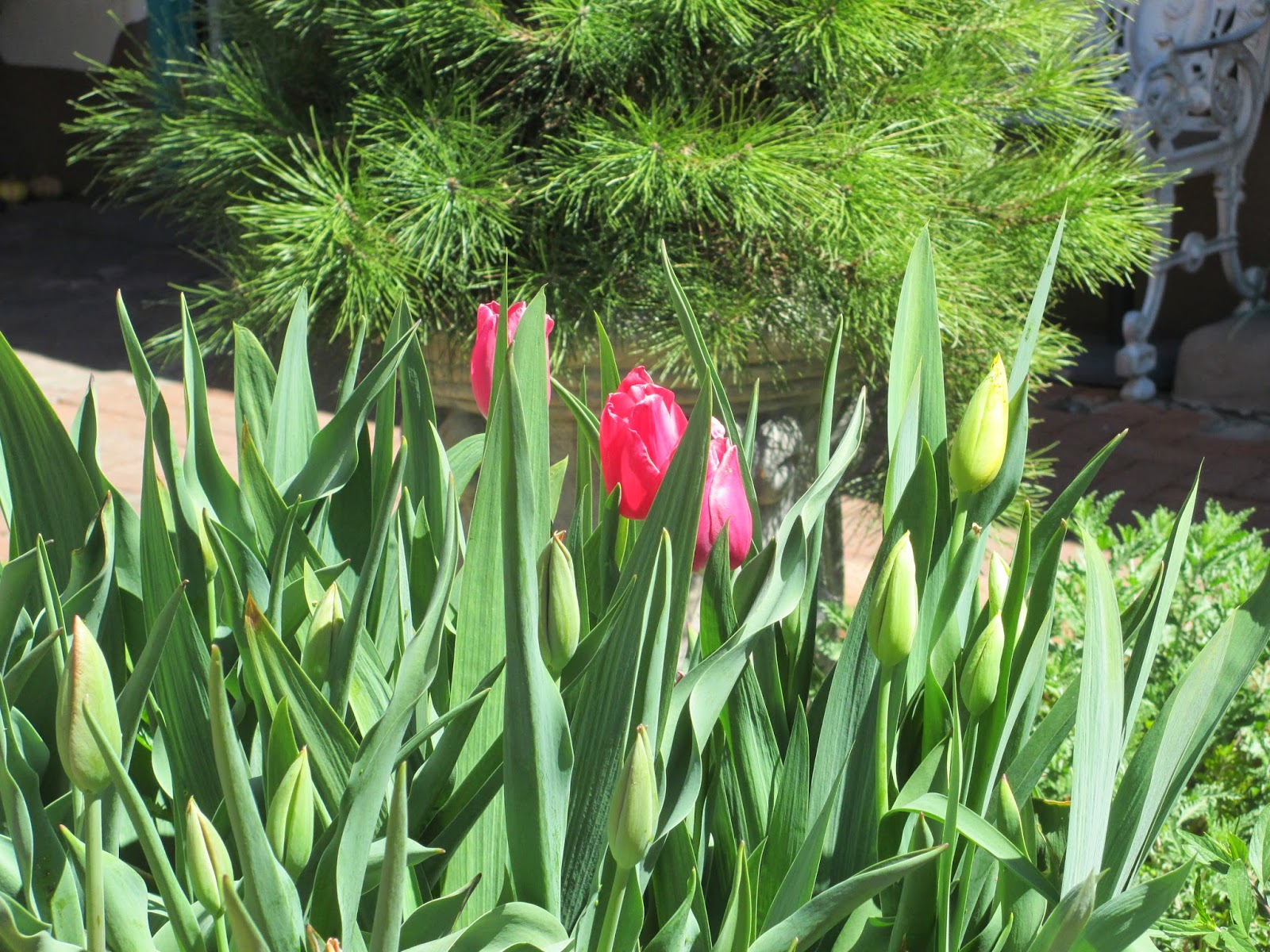 I will not post much tonight, one, because we are flying out very early tomorrow and two, because this Ramada has crappy WiFi.

Albuquerque is a sprawling city with suburbs totaling nearly 1 million people. We have nothing like this in Connecticut or New England for that matter, not even Boston or New York have the kind of expansive, single level housing like you find here.

The Old Town is less refined than Santa Fe but very charming. We spent a good part of a day there.

Then went to see some old bridge that Leon had to see ... on the old Route 66. It was, how shall I put this, unremarkable.

Today we took a Breaking Bad Tour on our own - the big Car Wash was the highlight of that tour. The house where Hank and Marie lived is right at the start of a great hiking trail, so we had a nice hike this morning. Then we drove over to Petroglyphs National Monument and took another long hike to see the rock art. Leon called them hydroglyphs.

My theory on these is not that they were carved to commemorate any ancient astronaut events or that they have any special spiritual significance. I think they were drawn by some ancestral teenagers who had nothing better to do, and who told their friends,

"You know those black rocks over by where they're going to make a National Park? If you scratch them with a sharp rock you can draw on them. We made some neat drawings and so did some guys from the tribe down around the hill. But ours are better than theirs. Ours were best until that gang from past the flat sandy land came and carved out some real kooky designs. So we went back and out did them. You know, we can copy them on hides and blankets and stuff and sell stuff to tourists in a few thousand years."

Anyhow, I'll have photos later in the week and maybe a bit more travelogue.

P.S. Sorry guys, I haven't been keeping up with reading your blogs ... just not enough time when traveling.

The tourist magazine for Albuquerque touted a trip on Route 66 to see an historic bridge. 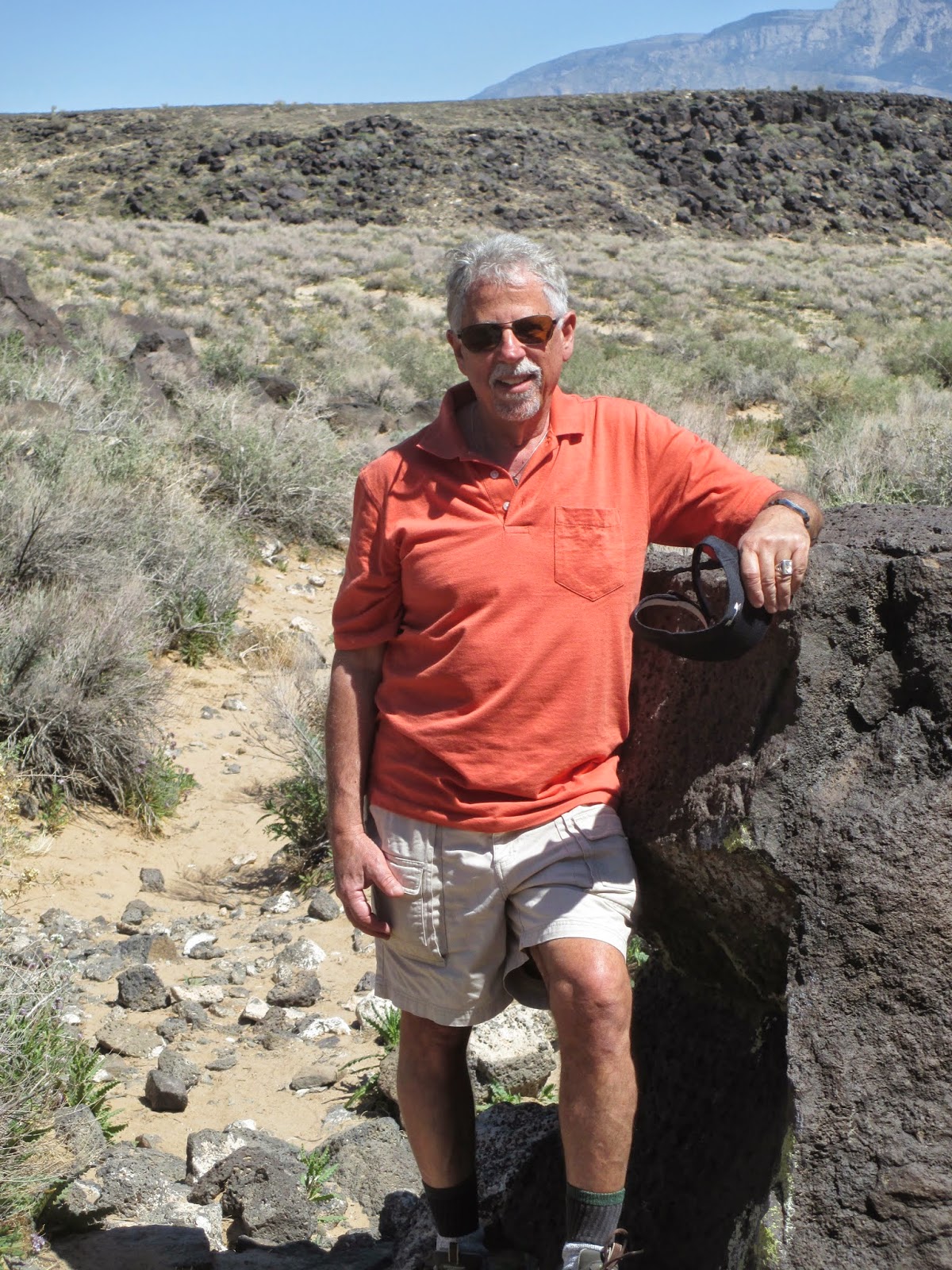 I have to comment on the cuisine, and I'm not likely to make any friends in doing so. I don't care much for Mexican/TexMex/NewMexican cuisine. Tacos, burritos, enchiladas, fajitas, chimichangas, tortillas, empanadas, emphysemas (just to see if you're paying attention) quesadillas, (did I miss any?) - all taste the same to me. Lots of chili sauce and chopped iceburg lettuce and tomatoes, shredded cheese, guacamole, some kind of meat or eggs and refried beans with more beans on the side; all flavored with cilantro (yuck) or cumin (yuck).

Despite the fact that I don't care for the cuisine that much, The Burrito Co. in Santa Fe is very good. We had been there years ago and we went there for breakfast, last week.
I can eat the stuff once in a while, but not as a steady diet.

That's why we went to Applebee's last night (it was close to the airport hotel) and why it warmed my heart to see an entire Mexican family, some of whom had just returned from Mexico, seated in the large booth next to us and ordering some good (OK mediocre) All-American food.

Apparently even (New) Mexicans need a break from beans and chili.
Posted by Frank at 10:32 PM