From My File Cabinet - 8 Meditation on Death 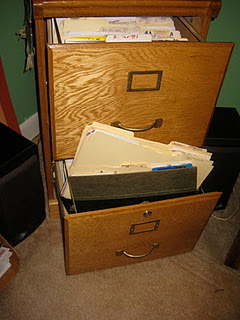 Meditations on death seem to sneak into my consciousness too often lately.  Perhaps it’s just the end of summer that stirs the uneasy feelings associated with loss of youth and the shouldering of responsibilities, of being a grown-up person whose purpose is, after all, to work and pay taxes and acquire possessions but never really enjoy them and then to eventually die, hopefully without having to be really sick or to suffer.

But I think not.  I seem to think of death when I walk in the woods with Moose, my fourteen year old part Lab who has cancer and drools a thick slimy space-age-looking substance that I’m sure would make me a million if only I could bottle and patent it.  Yet the idea of making money just returns me to my ascetic thoughts.

Knowing that sooner or later I will have to decide to have the dog euthanized gives me some degree of angst.  I can’t help feeling that this is a test.  On the one hand I am a realist and I know that death is a natural thing; on the other I know how losses tear away at my very being.  Thus it is the waiting for precisely the right moment that has me on guard: for this decision must be timed perfectly.  To let go too soon would serve only my desire to get the waiting over with and substitute some of the pain with guilt; too late would be selfish and cruel and insensitive and make me grieve too intensely.

It wouldn’t be of such significance were it not for the fact that I know this is a test. Not to hurry death prematurely with despair, nor to thwart death by holding on too tightly to life.

Death seems so ugly when it is random and untimely.  Yet so often it comes as an end to suffering and is seen, on a purely human level, as a relief.  When my mother was dying it was the waiting that seemed to take its toll on me; in a sense I had been waiting for over thirty years.  It was as if she had died long ago and the only thing that had survived was her disease; as if it was the disease, not Mom, around which our lives revolved.

I left her hospital room one afternoon and drove around aimlessly as if to gather up the phlegm of anger that had settled in my chest over the years.  When I walked into the kitchen back home, I was drawn instantly to the drawer where we kept the silverware.  We always called it silverware even though there wasn’t an ounce of silver in it.  There was one setting of flatware that had a different pattern – the set that only mom used and which was always separated from the rest of the knives and forks and spoons (supposedly to protect the rest of the family from contracting TB).

My anger was powerful and overpowering; I was suddenly intent on mangling and destroying what I instantly became aware of as the symbol of my mother’s disease.  I twisted and bent the offensive utensils and expelled them from the house and into the trash.  The private drama was my declaration that the disease no longer had power over this place, or this family.  The release and relief was intense.

Mom was on a respirator due to her deteriorating ability to breath on her own and was unable to talk because of the breathing tube that forced air into the part of a single lung that she had lived with for nearly twenty years – and thirty-two and a half years longer than the doctors had once given her.

Mom was gesturing, trying to communicate her desire to have the breathing machine removed.  This was not possible, the doctors explained to us and to her – unless she was able to breath on her own long enough to meet the strict protocol for the device to be disconnected.  Mom drew on whatever strength she had left to breath once again on her own – to breathe long enough to meet the required standard.  The doctor ordered removal of the respirator and the breathing tube.

She wanted no further “extraordinary measures” to be taken, and once she was  off the respirator, the doctors were obligated to comply.  She was able to give up her spirit in peace and dignity.  My grief then was quiet and cleansing and, like a gentle rain, tapered off and ended.

It is strange what we recall from all those religious retreats and days of recollection we had to endure as teens and young adults: one Padre in a long cassock reminded us that our lives are as short and insignificant as the dash carved on a tombstone between the year of one’s birth and the year of death.

I hope I pass the test with Moose.  I suppose it’s in the timing; the timing is the important thing; to know precisely the right moment.  Not too soon; not too late; to be patient; to wait; and yet to go on as if nothing is different; to fool death, to pretend not to notice his game of hide and seek.  The timing is everything.  Ollie-ollie-in-free.  The leaves are falling and it is the end of another summer.  Another tick in the tick-toc of time.  Another microscopic chip of granite carved out of the space between the year of our birth and the year of our death.

Suddenly summers become a shrinking commodity.  How many are left?

I wonder if there is any point to trying to do, to see, to have, to experience more; I suppose if you’re my Leon, it makes sense.  He collects memories like home movies.  I, on the other hand, forget.  Leon says that it’s a waste for me to go on a trip or to see a movie because I forget so much.  Perhaps that is my attempt at detachment.  Knowing that I am easily encumbered, I prepare for death by forgetting life.  Perhaps like my mother, I’ve already died and have to wait for it to be finalized.  God, the waiting is so tedious sometimes. And so, as meditations go, one often gets distracted, perhaps so as to avoid getting too entangled.

We just go on to tomorrow.

Labels: From the File Cabinet, Philosophical