Here are a few photos of Warwick Castle.  It was quite impressive even though it has been taken over by Madame Tussaud's  Wax Museums.  They have done a good job recreating period figures and costumes without making it into Disneyland or a tacky tourist trap.  The castle architecture is pretty spectacular and the views are as well.  Some of these photos look like they've been taken from a low flying plane, but were taken from the hillside towers.  The countryside seems pristine with the green pastures, crisp trees and tidy cottages. 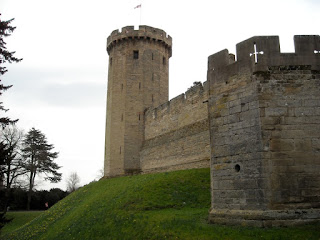 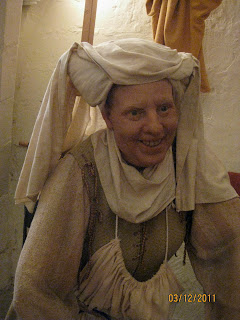 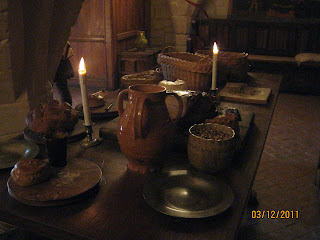 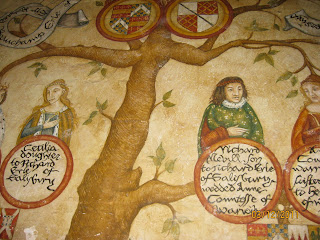 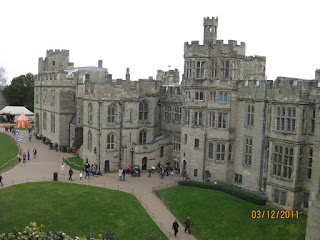 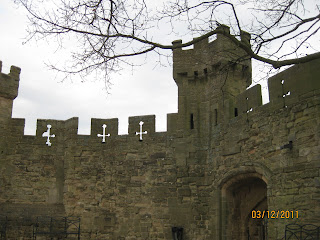 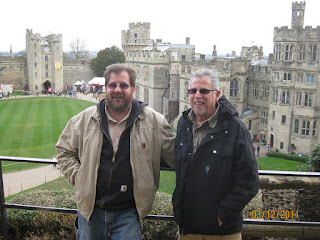 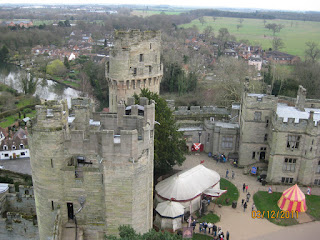 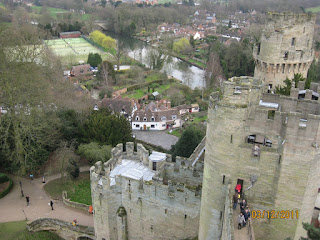 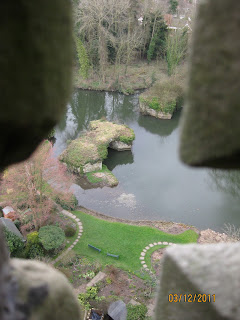 Stan commented that "everything seems so clean and neat".  I would agree.  Of course there are places along the highway where litter is scattered, but it seemed to me, less so than here in the States, particularly in the populated areas in the Northeast where litter is a real eyesore.

The English do have a sense of pride in their land and surroundings and tend to keep things tidy and clean.  In London, street sweepers and cleaning crews keep the streets clean and we saw a TV program about special crews that follow up on reports of "illegal tipping" which does not mean leaving marijuana for the waiter but rather is illegal dumping.  These crews not only clean up the debris but also can issue summons if they catch the culprits.  They have rules and laws and the do their best to enforce them - or at least try to ensure the desired effect.  Perhaps I am naive, but I think the US could learn a few lessons from the Brits.
Posted by Frank at 11:27 PM