In case anyone has noticed, I've not posted much lately. The combination of being a kind of "news junkie" and the COVID19 isolation and the extreme heat of June and July here in New Mexico has left me rather drained.

One of the main reasons we moved here to Cochiti Lake was THE LAKE. Cochiti Lake, like most lakes in New Mexico is a flood control lake...the Rio Grand waters behind an Army Corp of Engineers built dam. Most are not pretty lakes compared to those in green mountain settings as they are bodies of water surrounded by rock and desert terrain. Not many a tree in sight.

But Cochiti Lake is, at least, a lake with a swimming beach and boat ramps. It was adequate for my needs. Unfortunately the lake has been closed, off limits, since March 13 in response to COVID19.

The entire lake as well as our little town, the convenience store, the golf course and Kasha Katuwe/Tent Rocks National Monument are on tribal land. All were closed indefinitely (except, of course the town where we have our homes) per order of the Cochiti tribe. So there's been no access to the lake this long, hot summer.

Lakes are OK, but I have this longing, a need almost, to return to the salt water from whence I apparently emerged some long time ago.

We were "dreaming" about maybe going to the East Coast this September (to visit family and friends and go to Cape Cod/Provincetown) or if not there, back to California to Oceana/Pismo Dunes/Avila Beach.

Because no way are we traveling through Texas, Oklahoma or any other state during the ongoing pandemic. So, with the pandemic, it looks like I will forego salt, sand and sea this time around.

I was getting very depressed and angry and irritable seemingly for no apparent reason. Well, I guess the apparent reason is the result of months of isolation and seeing the summer, maybe the entire year as kind of deletion. Beach, Ocean, Travel: delete. June, delete; July, delete; August, delete; September, delete; October?

So, the next best thing - the next closest lake to us is Abiquiu - less than a two hour drive. So Leon and I and Benni took a ride up there this morning and had what was the most relaxing day I've had in many months. We got there early enough that it wasn't too hot and being by the water was cooler by 5 to 10 degrees than inland.

I have many friends who couldn't care less for a day at the beach or lake. I could never understand their indifference.

Shedding clothing as much as is allowed (swim suits required here but a nudist area is the absolute best) and being out in the sunshine and swimming and sitting with hubby and our dog, Benni, is so freeing.

Somehow I shed obsessions, thoughts, tensions, chores and preoccupations along with the clothing.

We stayed about four and a half hours and left around 2pm, just at the hottest part of the day.

I was completely satisfied, at least for today. 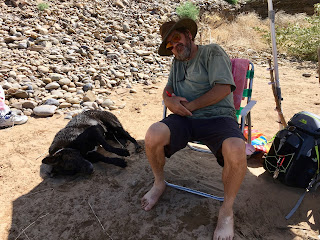 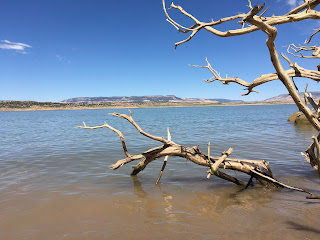 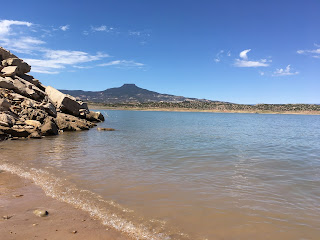 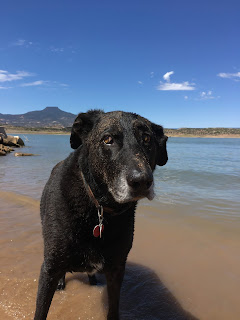 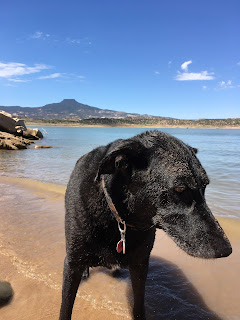 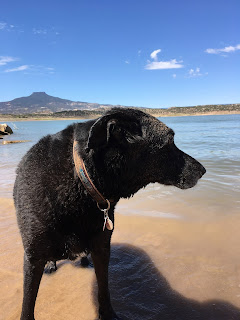 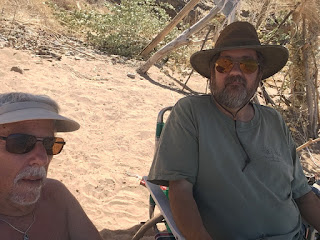 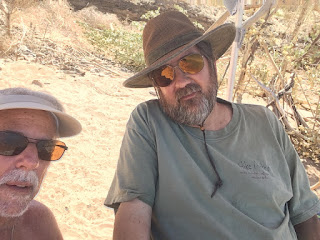 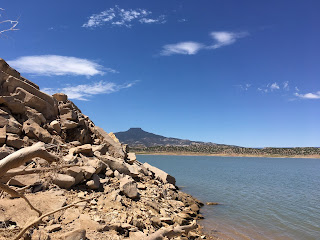 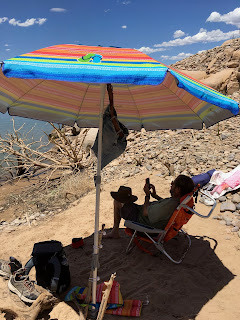 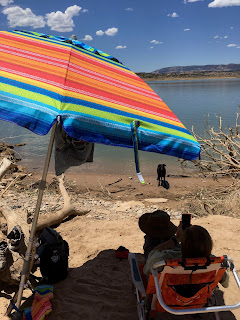 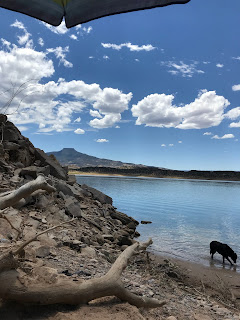 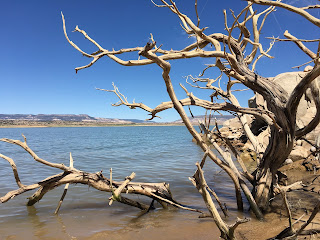 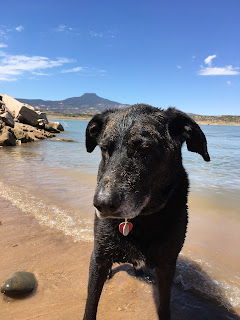