My inclination is to wax philosophical about our recent trip to the California coast and to ruminate about beaches past.

But the well of words is running dry...so is it possible to wane philosophical?

So will I wane.

We arrived at Pacific Dunes RV Resort ("resort" is a stretch) on Labor Day after driving our truck with RV attached the 1000+/- miles through New Mexico, Arizona and the hot, empty part of California. I am embarrassed to say that Leon did 90% of the driving on the trip.

I am not entirely comfortable towing a camper, but I do it... and my limit behind the wheel is about three hours. I don't know how truckers drive for hours...it is SO boring.

I am a fidgety passenger...looking at maps, googling on the phone, munching, replenishing Benni's water bowl.

So we arrived and parked the rig, then went for a hike over the dunes to the Pacific which is the several mile long section of Pismo Beach State Park. 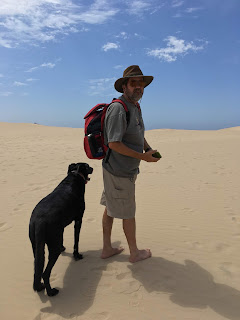 Unfortunately it was a holiday (the last time we were here it was a week after Labor Day) and the mass of heterosexual Americans were out being toxically masculine.

Well all the (presumably) heterosexuals were out behaving as if they were genetically programmed to race ATVs, trucks and RVs as recklessly as possible along the beach making as much noise as traffic on an Interstate highway.

Do these people know what a quiet walk on the beach is?

I wasn't about to let the commotion stop me from getting my salt water "fix" so I did get in the water for a brief baptism. 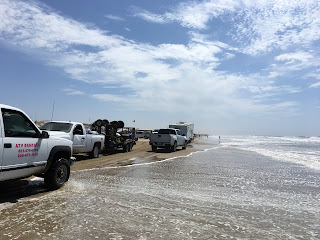 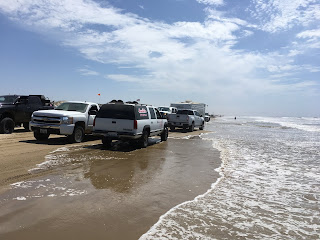 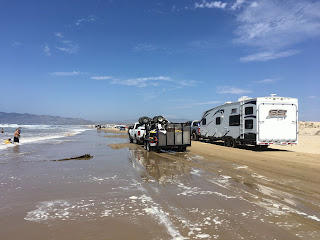 The thing that seems different about the West coast beaches is that they are not really "swimmable"; whereas on Cape Cod there are places sheltered somewhat from the open ocean where one can swim fairly comfortably. Notwithstanding recent shark attacks.

One excellent thing about California are the numerous and easy access to the beach and the ocean. We checked out a few of those access points, but were often disappointed with what we found. Although not typical, this beach at the Air Force base gave one something to philosophize about.

Seems the punishment for disturbing the plovers is more severe than for some crimes of violence against a human being. 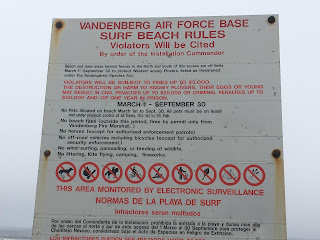 Just a note that as far as clothing optional beaches go, Pirates Cove is so not-gay and so not-friendly; not like the old Moonstone Beach in Rhode Island or Sandy Hook in New Jersey or Boys Beach in Provincetown.
We went out to eat a few times, basically fish and chips joints. But one "splurge" dinner at Rosa's Italian restaurant was ostensibly to celebrate our 5th wedding anniversary, or our 31st day-we-met anniversary or 31st time-we-first-did-it anniversary or 29th move-in-together anniversary. Anyhow, really enjoyed it. 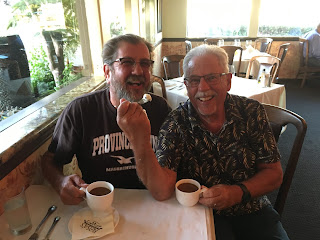 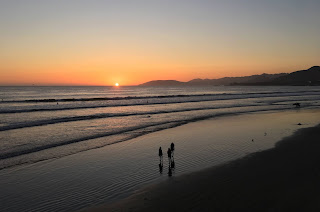 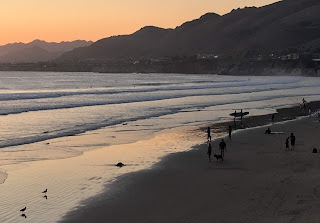 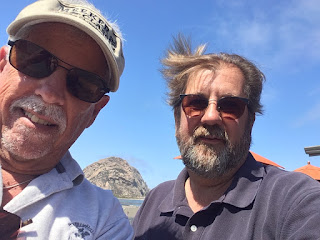 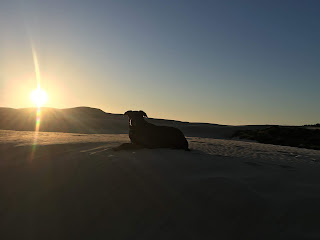 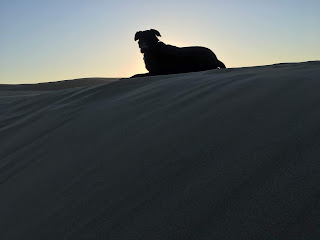 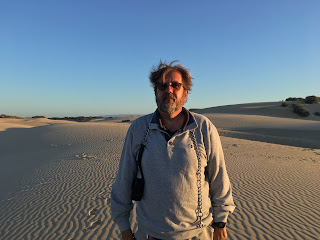 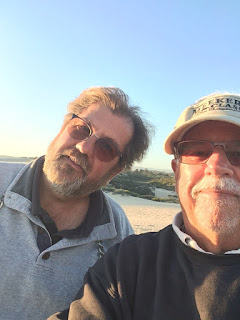 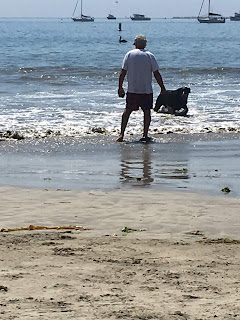 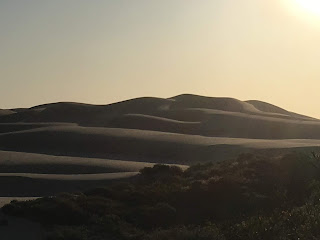 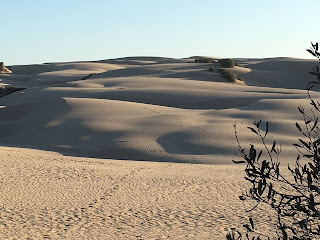 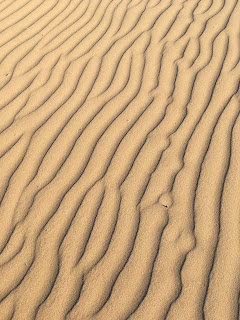