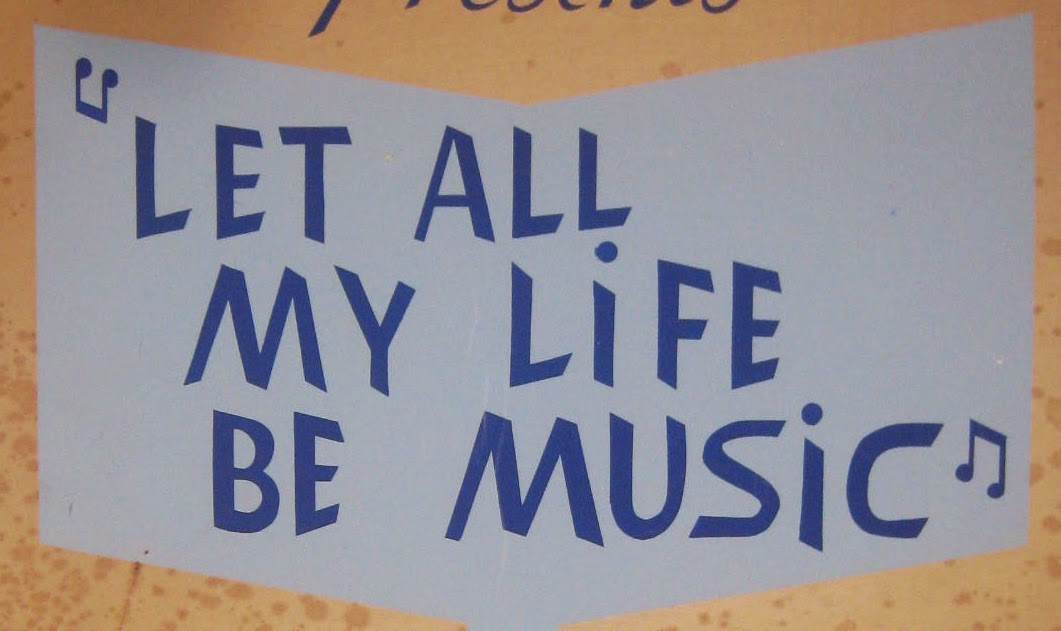 Went to New Haven last evening to see CT Gay Men's Chorus perform "I Am Harvey Milk"
I may know very little about "music appreciation" but I know what I like and what I don't like. Judging from comments overheard after the performance, I am not alone. So here is my personal "review" of last night's CGMC performance:
While the performers and musicians were very talented, they were unfortunately constrained by the pretentious musical score. I can't imagine why CGMC chose this work. From the start I was expecting, then hoping, then despairing while waiting for the fun part which never came (Friday night in the Castro was a tease that never materialized. Perhaps after intermission. What? the show is only one hour (thank god) and there is no part 2 for the fun stuff?)

The storyline/timeline was all over the place. It made no sense starting with the candlelight vigil, childhood, the bullet (horrible piece), city hall, disco, here and yonder. Beyond confusing.

The music was discordant, dissonant, harsh and often painful to listen to. All the performers were in boring, drab, formal, attire. The conductor's and musicians' piercingly bright score lamps were aimed directly into the audience which made looking at the performers extremely uncomfortable. I had to actually cover my eyes with my hand, it was so bad. That, coupled with the reflection of the spotlight off of Ms. Peitler-Lederman's gown made me wish I'd brought my sunglasses.
The show was very disappointing as it was not CGMC's usual up-beat show with costumes and humor and familiar tunes.
I wish I had read about the work which was commissioned by the SanFrancisco Gay Men's Chorus - basically a funeral dirge - I might have passed up the opportunity (and even poor Harvey would have probably turned in his grave at the sound of it. Come on, a commissioned work should have been one to CELEBRATE Harvey's life and work and not be such a somber and stuffy orchestrated cacophony.)
Let me repeat that the performers were talented and excellent but unfortunately had to deliver an inferior product.I would encourage CGMC to stick to their very successful formula of productions with a variety of entertainment, great music, colorful costumes, interesting and timely characters, humorous skits. That is what we go to see and expect.

ADDENDUM: Found this similar reaction in Dayton.
Posted by Frank at 12:30 PM