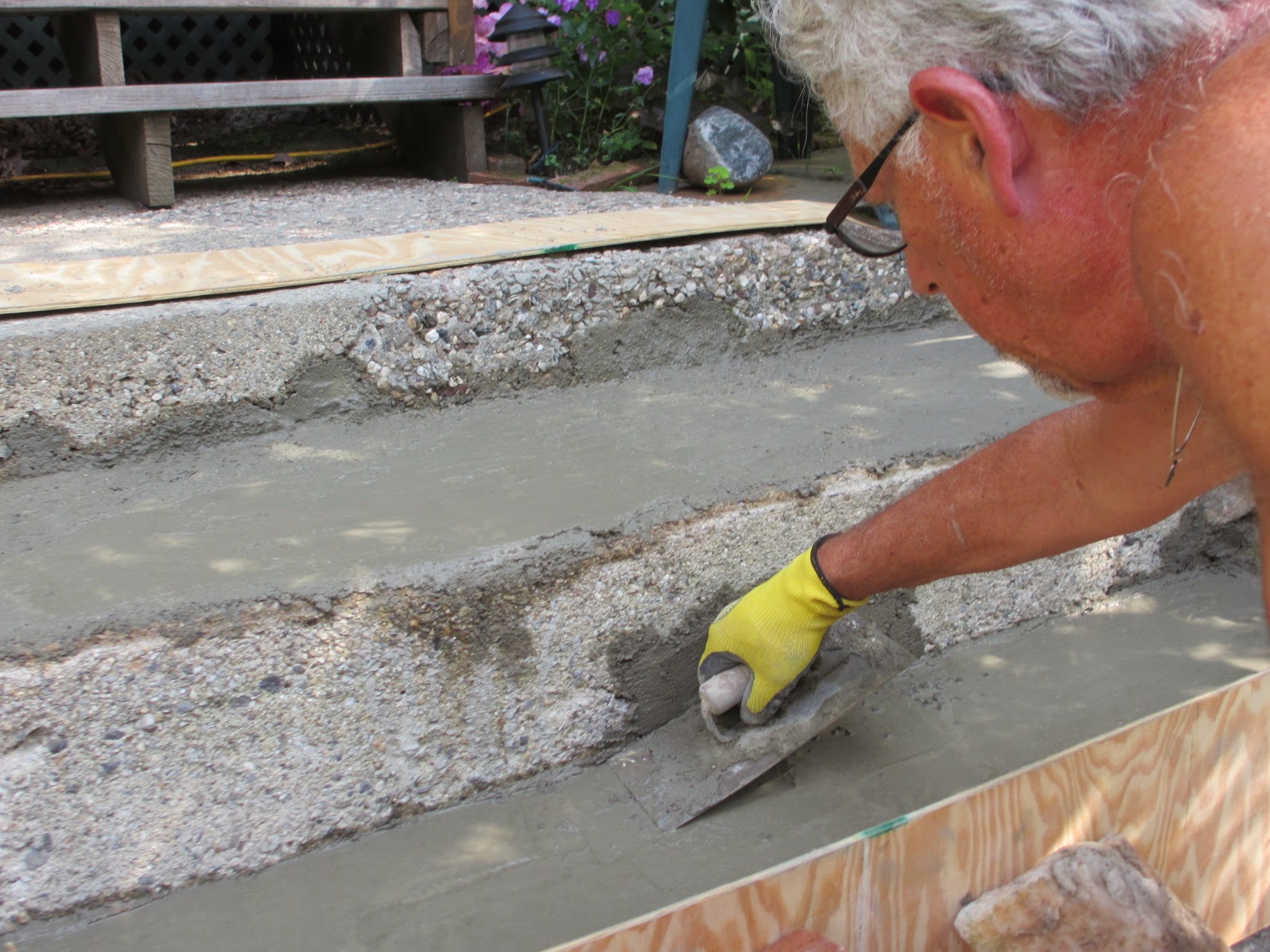 Our house is built on the side of a hill, so we have these concrete stairs from the driveway to the deck. The person who built them decades ago was an amateur (I should talk I don't have any credentials in masonry but I've mixed a batch or three of cement in my life).

The steps are all different heights, from seven inches to almost nine and a half. (I could make comments here, but I'm tired and just want to make the point that some of us can go from doing masonry to cooking a semi-gormet meal without a second thought.)

There are also gaps in the cement and some holes that were formed because whoever poured the concrete did not bother to make sure it seeped around the rock filler they used.

Anyhow, we have lived with these these stairs for fourteen years and could never figure out what to do with them. We had a mason give us an estimate recently that included replacing the stone wall on either side of the stairway. That was going to cost a minimum of $9,000.

So, that was out of the question.

I thought about how to fix the steps for cheap. I decided that if I raise each step by putting a layer of concrete on them I can get them to be roughly of uniform heights. I bought a couple of bags of concrete and went to work - from the top down. This will result in the last step being about 10 inches to the driveway, so I will have to make a landing or stoop to ease the transition, I hope. Leon thinks I will be in trouble there.

I finished two of the eight steps today. Then I went in and made dinner. Grilled Salmon, Cabbage and Fennel Slaw and Green Bean Salad.

I will post the finished masonry project if it comes out good, otherwise I will be up a creek without a trowel.
Posted by Frank at 7:45 PM