Well, I'm officially a volunteer with the local senior center - teaching computer classes.
Posted by Frank at 7:31 PM No comments: 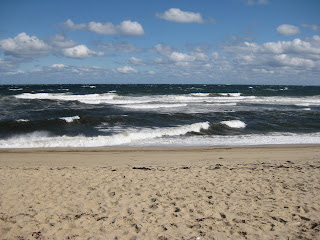 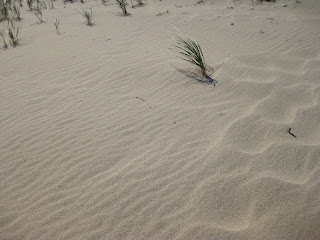 Fishing Boats at the Dock 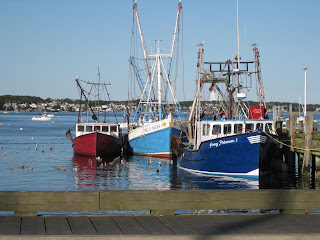 Our last evening in Ptown we biked through the town looking at menus (prices) at restaurants all down Commercial Street. With entrees going for $25-$39 plus drinks, dessert, tip and taxes, they were all out of our price range. At the far East End we found Fanizzi's which had been recommended by several people we met. We were in luck as we got there in time for an early bird special. Nice salad, good food, right price.

This season has been one when just about everyone has been talking money, the economy, prices, and the general opinion that all is going quickly down the tubes. I've mentioned the economy from time to time. It began going downhill years ago, thanks to W. My current theory suggests that prices should be going down to adjust to the fact that so many have so little. But this doesn't appear to be happening. Rather than lowering prices, many businesses are raising prices to try to recoup profits from dwindling sales. Obviously there are still many, many wealthy and obscenely wealthy individuals who haven't and probably won't be affected in any way that would make them change their spending habits. There are many in PTown but they can't measure up to the really wealthy. Apparantly there are enough of these comfortable zillionaires to buy stuff and keep businesses happy. But sooner or later this house of cards has got to go down. They can't keep starving the peasants while eating cake. Please send me $25 for my prognostication. 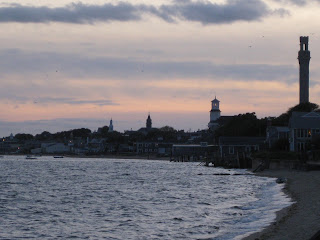 On another note altogether...driving down the road back home I had a vision that resulted in a real "double take". A palm tree forest in New England? I couldn't believe it at first...these are full size palms...in a nursery, for sale. 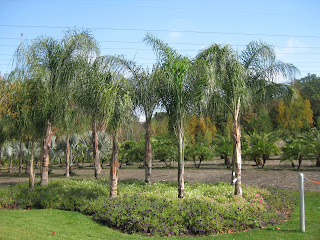 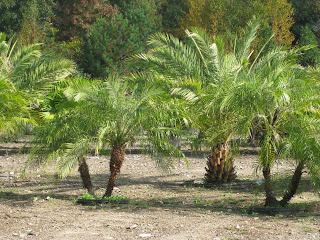 The huge greenhouse...I assume they bring them all indoors for the winter. 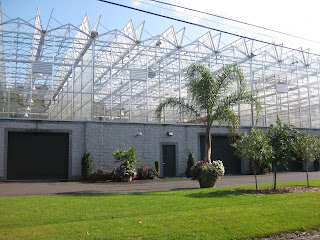 You can see the fall colors of our New England variety trees just beginning to turn in the background. 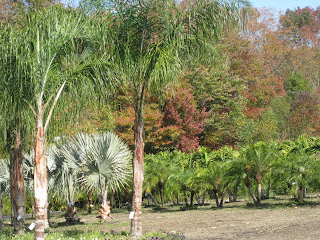 I was tempted to go home, get my zero gravity lounge chair, a tall drink and come back to bask in the sun. 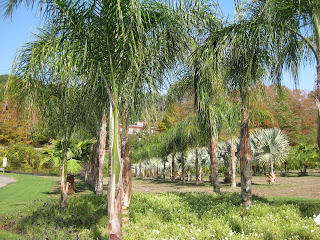