A World Apart or Haven't They Heard of Feng Shui?

We spent two days driving, two days visiting and two days driving home. So the trip to South Carolina to visit Leon's mom and family was not a true "vacation". Our trips to South Carolina are always interesting though. We marvel at a part of America that is similar in many ways to where we live, but so different too. We have questions like: with a church every eighth mile, how do you choose? I suppose the ability to socialize, to meet neighbors, to swap vegetables and support Palin all play a part. We Catholics in the North do not socialize - the objective is to attend Mass and get out.

Mom does not believe in Feng Shui. Neither do a lot of people down here.  I believe it is considered a heathen religion in parts of the South. 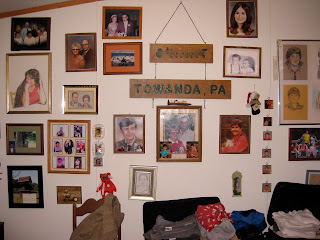 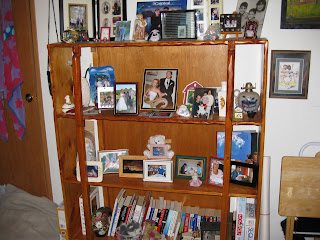 Also, up North we are likely to find a 2 liter can of Olive Oil in the mayonnaise aisle, not Chain Saw Lubricant.  Is it good on salad, or just for deep-fry? 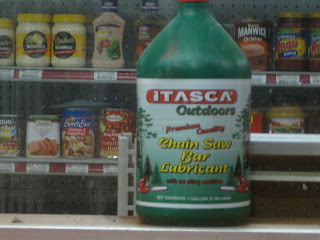 The War will never be over here.

Leon's brother Martin, wife Debbie and great-grandkids live nearby, her daughter Brenda and spousal equivalent Lonni were also coming from Pennsylvania for the weekend, and Leon and I were visiting, so Mom and her housemate John thought it would be nice for the family to go white water river rafting together for her birthday.  They had been on a two-mile river ride before, so made arrangements with a different company this time, expecting a similar excursion. 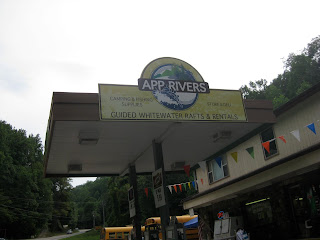 It ended up that ten of us signed up but the spousal equivalent from PA volunteered to stay behind with their dog Heidi who showed up without a life vest.  Our puppy, Benni came prepared. 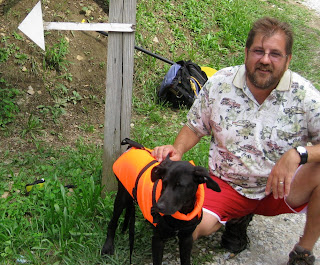 Unfortunately we did not bring a camera on the raft trip because water and cameras don't mix well, or should I say cameras in water don't fare well.  So nine of us got fitted with vests, piled into two 8-person rafts and launched into the raging river.  I'm thinking this is a mistake.  The beginning of the trip started with rapids so there was little time to practice our technique.  Benni was hanging on for dear life for the entire eight and a half miles, except for a short stop when we all went ashore to catch our breaths and psych-up for the final class III rapids.  We lost the grand-nephew toward the end and Leon, Brenda and I had to hoist him back into the raft.  The rest of us stayed mostly dry.  You can see our pics on line at MYRIVERPICTURES (see pictures number 457,458,459, 461, 462, and 463).
We did not purchase the three digital photos for $49 emailed or 8x12 prints for $21 each!  (Besides, I have an Apple).
What kind of vines are consuming the Carolinas? 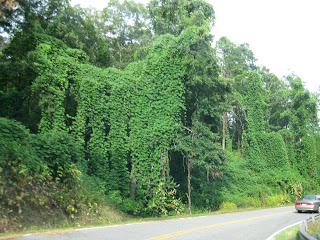 We never even got a group photo of our Birthday get-together.  Here's Leon's brother Martin and s-in-law, Debbie when we stopped for dinner. 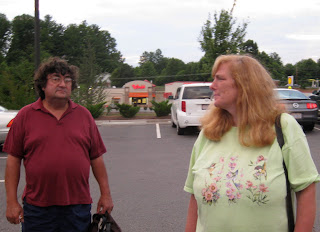 One of their grandkids Kevin (Leon's grand-nephew?) and Mom's housemate, John. 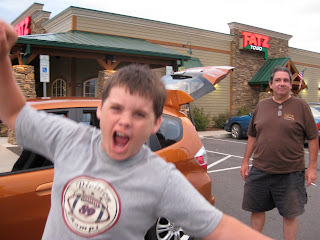 Leon and Mom in the new Fit - which was getting a steady 38MPG during the whole trip according to the built-in milage gauge. 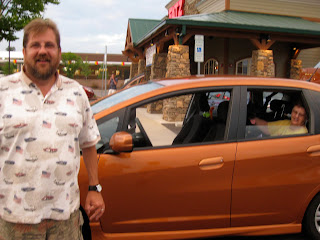 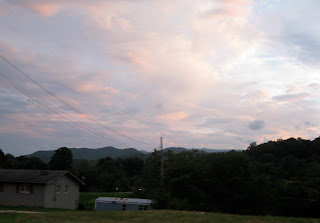 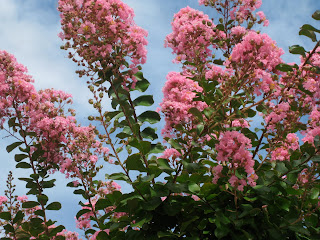 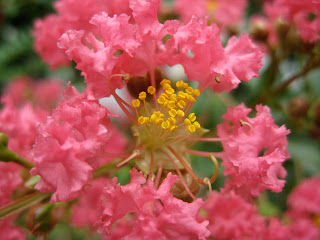 Martin and Debbie's Boat dock on part of Lake Hartwell 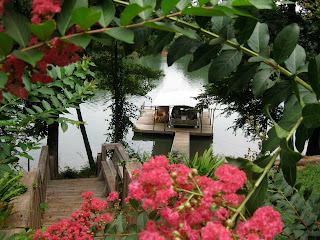 The Big Peach from the going-home view. 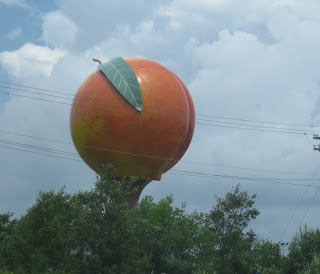 Well, its good to be home. The puppy did surprisingly well for a long boring ride. We picked tomatoes, broccoli and zucchini to go with our pork chops for dinner. Nice to have garden veggies. Maybe a spot of ice cream before bed. Nice.
Posted by Frank at 9:12 PM