Works of Mercy: Ireland and Uganda 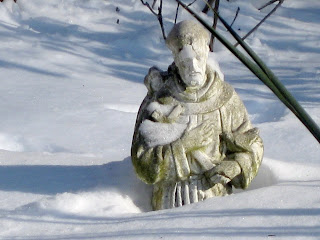 Thanks to Google, I happened to land on a Canadian News service to read the story of the settlement awarded to victims of abuse by Irish nuns.   However disturbing the news story,  it was the ignorant comments by readers that triggered my response.  Their hatred is as despicable as the sins they criticize. In as much as logic and language itself are often inadequate, honest commentary and criticism has a place.  Those who have read some of my posts know that I have "Catholic issues".  However, I can be, at times, somewhat of an apologist.  I posted my comment/reply to this story:

The situation is so tragic for all involved. Of course, especially for the victims of abuse, but also for the Sisters, most of whom, both past and present, lead prayerful lives of service in education, medicine, social work, homeless shelters and many other areas. They must now suffer for the sins of others who lived in a very unenlightened age. It is not at all unlikely that those who perpetrated the abuse, were themselves abused as children, whether by family members, strangers, foster parents, priests or sisters. There is enough blame to go around, for sure. As for the money, I imagine most is tied to property – convents, schools, retreat facilities – and to investments/endowments that are used to fund the services to the poor and sick. Unfortunately, there are no winners here.

Just as a reminder, the works of Mercy (and,  I think,  the definition of the Catholic Church at its best) are as follows:

The corporal works of mercy are:
To feed the hungry;
To give drink to the thirsty;
To clothe the naked;
To harbour the harbourless;
To visit the sick;
To ransom the captive;
To bury the dead.

The spiritual works of mercy are:
To instruct the ignorant;
To counsel the doubtful;
To admonish sinners;
To bear wrongs patiently;
To forgive offences willingly;
To comfort the afflicted;
To pray for the living and the dead.

This is a sad time for the Church.  I would hope and pray for a new beginning - where mercy is shown in a true spirit of humility and integrity.

And while we're at it, read a plea for help from Uganda:
LINK HERE.
And see this report on the topic from Rachel Maddow
Posted by Frank at 4:37 PM