Bruno is home in a box. To me it is immaterial, ashes in a box. Scattered ashes. Ashes here, ashes there. It doesn't matter. I never quite understood the concern with bodies after death. Embalming, wakes, funerals, burial, cemeteries.

I used to visit my grandmother's grave and bring flowers on holidays and holydays. One night I had a dream. Grandma asked me, "Why do you come to my grave? You are a young man with a life to live. I am just an old, dead woman. I don't need flowers." I never went back to the gravesite after that dream. I never felt the need.

We considered burying Bruno somewhere on our 2.75 acres but it is mostly woods and solid rock. Even the vegetable garden can only be dug to a few feet, if that. Cremation was the only alternative.

Now he is in a nice wooden box on the floor below the TV stand. I don't have the heart to put him on a shelf or table. He was definitely a floor dog. But now he is just ashes in a box. It's actually a bit heavy. We haven't opened it. It's up to Leon what to do with the box and its contents. It's immaterial to me, ashes in a box. 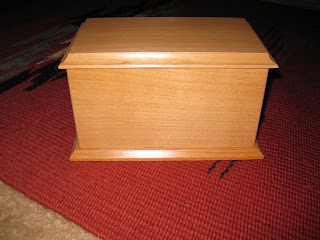 I still get teary-eyed when those Brunie moments sneak up on me.

My sister sent Leon and I this email which I think is so beautiful, heartfelt and which I will cherish:

Although I knew this was coming, I was so surprised to see these photos and the message of Bruno's death. I feel like that little girl who watched the Lassie films. Even though I knew that Lassie would be O.K. in the end, I would always cry when things went badly for him.

Fortunately for Bruno, things went very well because he had two friends who truly were devoted to him - along with all of us, who loved him.

Yes, I believe there is no part of creation that does not reflect the goodness of God.

I know this is an especially hard time for you and you, along with Bruno, are in my thoughts and prayers.

The incessant rain has given a boost to the reproductive capabilities or survival rate of the common slug. A snail without a home. Slimy things that leave a sticky layer on your skin that has to be scrubbed hard to remove. They have been feasting on everything from Marigolds, pansies and petunias to peppers and basil. They obviously don't care for weeds, however. 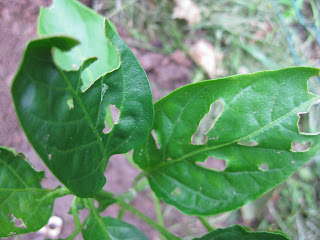 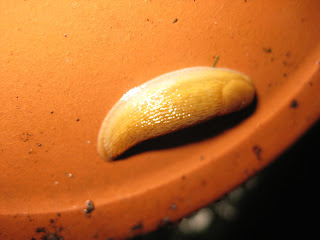 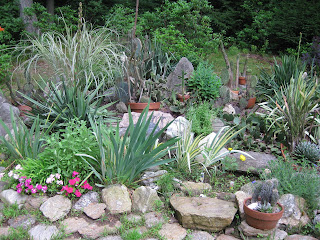 The Prickly Pears are late this year. These flower buds have another week or more before blossoming 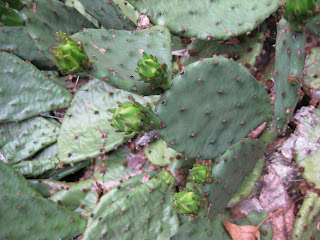 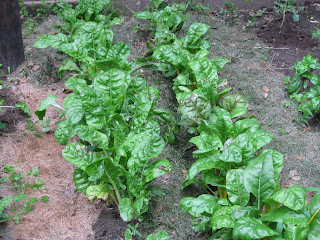 As are the Zucchini and Corn 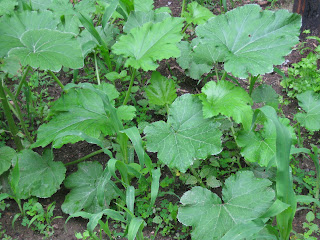 The Beans had a rough start 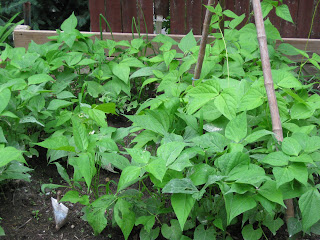 The Tomatoes are doing OK with the cool rainy weather, but the peppers haven't grown an inch. They like it HOT. 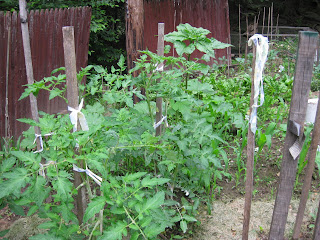