YES, CAROLINA, THERE IS A CHRISTMAS 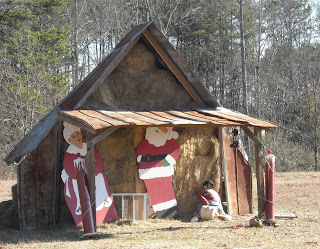 It’s just different from what we’re used to in ethnic, Catholic, New England. When I was growing up, Christmas centered on Italian traditions, mainly food, visiting relatives and Midnight Mass. This hasn’t changed too much except that in recent years, fewer elders are able to make the traditional cookies, the Christmas Eve fish and the fried dough (we had to abstain from eating meat on the day before Christmas), the ravioli or the lasagna on Christmas day. People now go to Mass at 5 o’clock in the afternoon on Christmas Eve instead of midnight and might call out for pizza instead of fried dough and fish. Everyone still greets one another with a “Merry Christmas, or an occasional “Buon Natale” from the week before the holiday till New Year’s Day. There are fewer gifts now, as most of us have everything we really need, or what we want is way too expensive (like those wedding bands we’ve had an eye on for nearly 20 years), even if not totally extravagant. The menus are simpler, the relatives fewer.

This year, we traveled south to visit the other family - transplants from the Northeast without the ethnic heritage of 19th and 20th century Catholic immigrants. This Carolina Christmas was culturally 180 degrees different from the Christmas I’d been used to. There was food of course, but ham and turkey, not dictated by religious rules or ethnicity, but mere holiday fare. Barely a “Merry Christmas” was heard on Christmas Day and even less so on Christmas Eve. It was as if everyone obviously knew what the holiday was, with no need to repeat it for everyone you see. There was no mention of church, on either day, the holiday being merely secular, though the traditional trees, lights, baubles, wrapped gifts, an occasional crèche were among the holiday decorations. 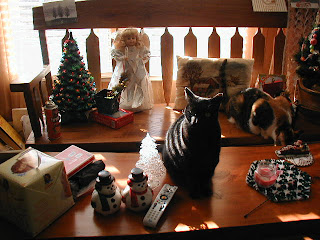 I’m not sure where I really fit in the spectrum of Christmas observance. It is not merely a matter of familiarity. When your faith tradition has been a source of anguish for so many years, one eventually loses heart and trust. When the church continually devalues, condemns and rejects you, it is difficult to return, even at Christmas, especially at Christmas, and feel at home. People are ready to empathize with those who have been abused sexually by priests and pastors (please don’t think this is just a “Catholic” sin) but fail to recognize the psychological abuse that the churches and various religions perpetrate against children who perceive themselves as differently-sexual. Such abuse is real. It has not been recognized, acknowledged, or corrected. How can we celebrate this Christ who our abusers worship? Given the so-called “message” of Christmas, the churches that are Christ-centered are more often than not in the forefront of rejecting, if not hating gay and lesbian persons rather than promoting love of neighbor. 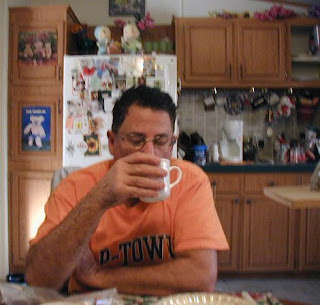 On the other hand, a purely secular Christmas seems ludicrous. Celebrating a religious holy day with absolutely no connection to a faith tradition or church is at best thought-less and at worse, hypocritical. Yet those cultural-ethnic-religious traditions that are almost genetically programmed are difficult to let go. The gift-giving, the shopping, the decorating, the parties are too alluring in and of themselves to give up. But there is no context for any of this: symbols are “intentional” and are meant to point to something beyond the symbol itself. But the Christmas symbols have become merely ends rather than means to an end. Upon reflection, this seems disingenuous. 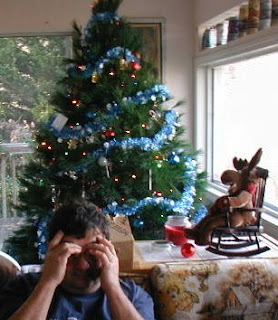 Although not a big news item, the Vatican just gave us another slap in the face. Purporting to be against hate and discrimination, but taking every opportunity to show and do the opposite, the Vatican is opposing a United Nations (non-binding) resolution that would decriminalize homosexuality. The resolution is being proposed by the French delegation on the 60th anniversary of the UN's declaration of Human Rights. My take on this event is personal, as personal as a slap on the face can be. Can anyone wonder why we refuse to keep turning the other cheek?
Posted by Frank at 8:02 PM No comments: